After trading breaks early in the first set, players settled into a rhythm, with Kvitova pounding (and often missing) groundstrokes while Riske played smart, solid tennis, keeping balls deep and making her opponent hit the extra ball. Kvitova hovered over the baseline, looking to impose her more powerful game on the American, but Riske stood firm, taking the Kvitova ball on the rise, deflecting the oncoming power to move the Czech from side to side, thereby depriving her of the time needed to set up for her big strokes.

Kvitova seemed increasingly frustrated at not being able to pull away from the American, in part due to poor serving, with just one ace to three double faults. The frustration boiled over serving to stay in the set at 5-6, deuce, when the two-time Wuhan Open champion dumped an easy forehand volley into the net, tossing her racquet in disgust. On the next point, Riske smashed an easy overhead to take the first set. 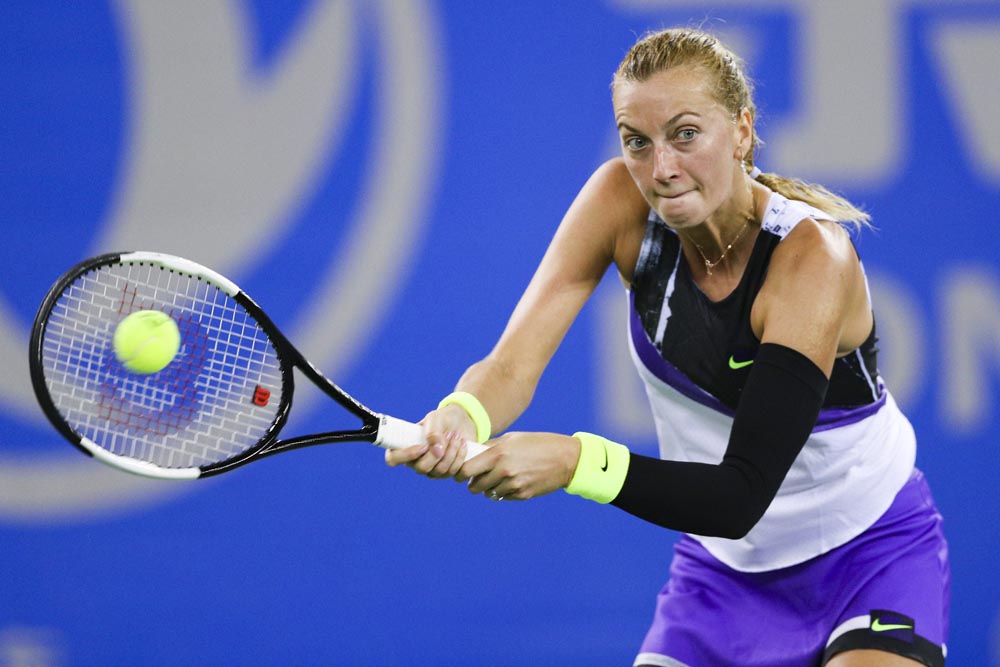 “I missed some volleys unfortunately today. I can't be perfect,” said Kvitova after the match.

In the second, the No. 5 seed started serving better, raining down four aces to no double faults on the way to opening up a 4-2 lead. The rallies were still long and engaging, but more often than not ending with a Kvitova winner instead of an error.

Serving for the second set at 5-4, Kvitova fell into a quick 0-40 hole but was able to dig her way out with some clutch serving, including a wide-swinging second serve ace in the ad court. Riske saved a set point of her own with a spectacular backhand passing shot, eventually wearing Kvitova down to level at 5-all.

Serving to stay in the match at 5-6, Kvitova again found herself down 0-40. She saved the first match point with an ace, but then missed a forehand volley to send Riske through to her first Wuhan Open final. “She doesn't really have, like, one weapon,” said Kvitova. “Overall, I mean, she's pretty solid player with a good movement as well. So that's probably makes her good player.”

The final will be a rematch of the final in Shenzhen earlier this year where Sabalenka prevailed in three sets. “She's playing some big tennis right now. I've obviously seen her playing her matches,” said Riske in anticipation of the rematch. “It's going to be a really tough match. I think I have everything I need to go out there tomorrow,” adding: “If she plays well, then that's just too good. But I have to just focus on imposing my game.” 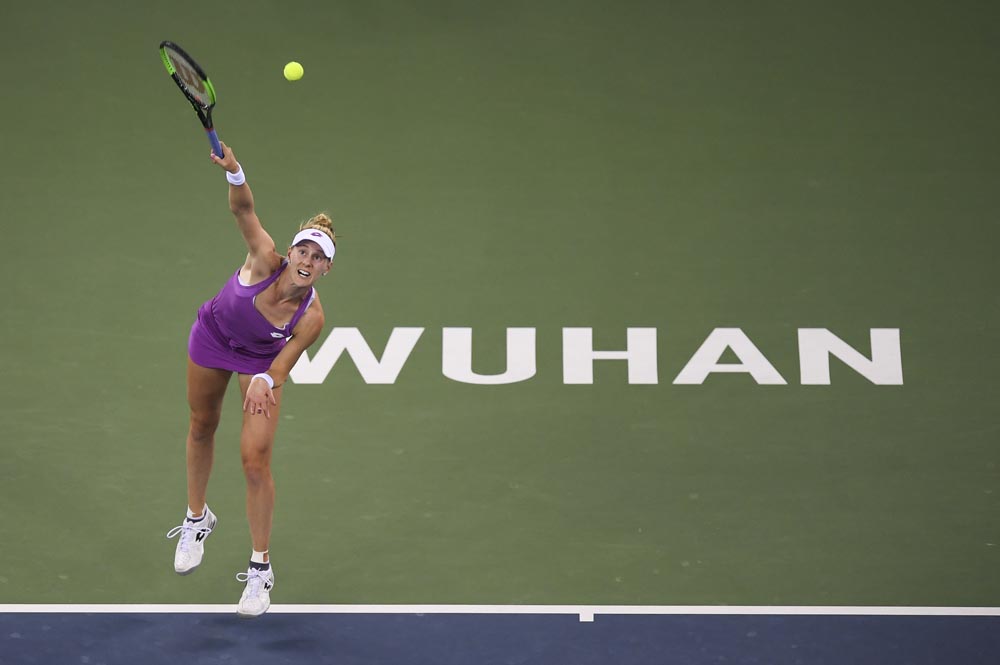 The doubles final will pit No. 8 seeds Yingying Duan and Veronika Kudermetova against No. 2 Aryna Sabalenka and Elise Mertens.

On Saturday, Sabalenka will try to accomplish two firsts – defend a title for the first time and win both singles and doubles at the same tournament. “Doubles helps me to find this confidence. I don't want to leave it. I want to play as much matches as I can to kind of be on this great feeling, like don't lose this confidence,” Sabalenka said on Friday of pulling double duty. “If I can win both, like, doubles and singles in one week, it would be really cool. Why not?”