The Wuhan Open has always been an innovator and this year’s sixth edition has been no different.

Showcasing the best of women’s tennis to fans over the last six years by attracting the biggest names in the game to Hubei Province, this year’s Wuhan Open is creating the opportunity for many fans to see men’s professional tennis live for the first time.

Over the championship weekend, World No. 5 Dominic Thiem and No. 11 Fabio Fognini entertained Wuhan Open fans with a tennis clinic on Friday and an exhibition match on Saturday, prior to the women’s singles and doubles finals. 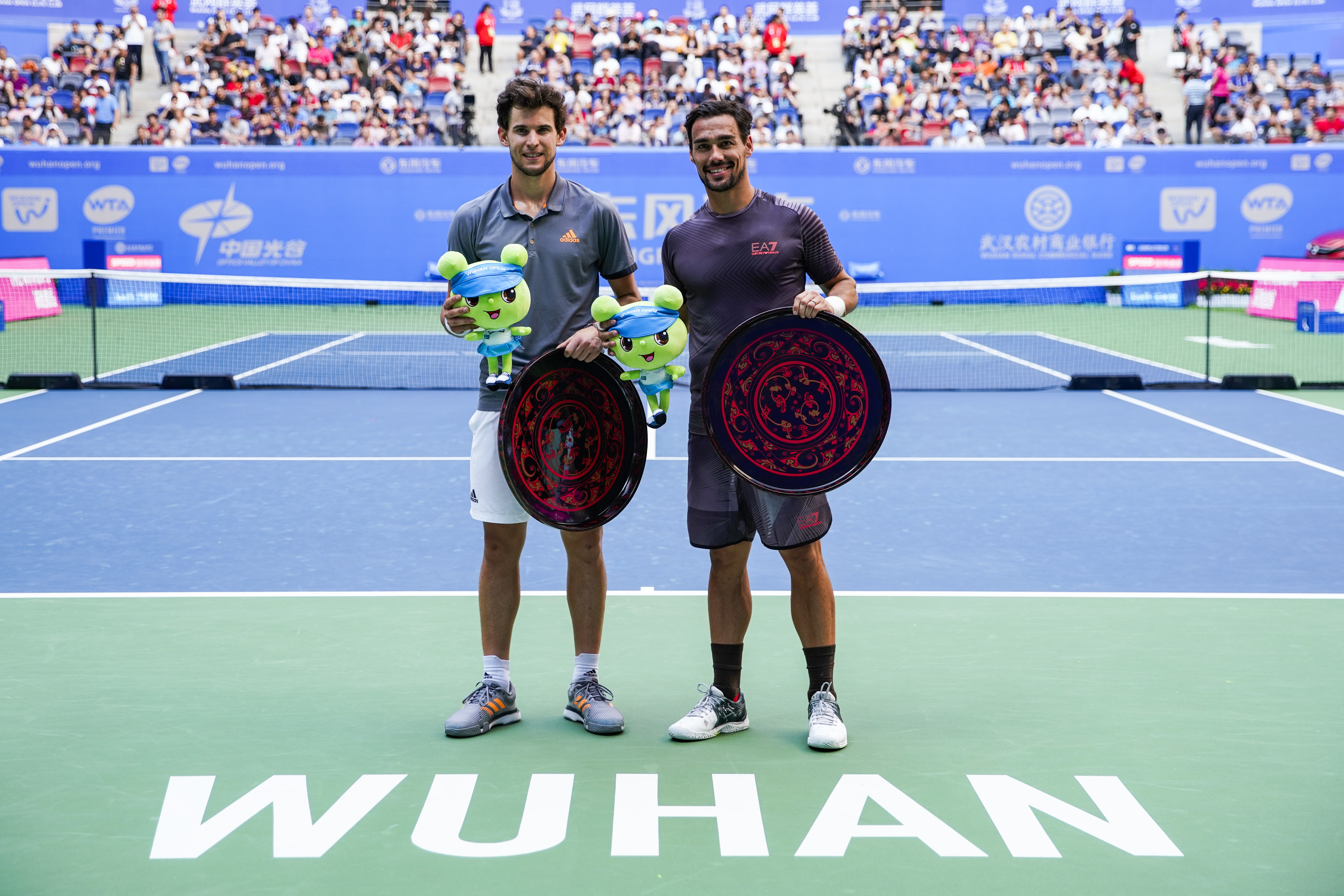 Lucky fans were able to see if they could return serves from the two top players (few were able to, even at half speed) and even luckier fans got to play doubles with the stars.

Thiem was also looking forward to some famed Wuhan Open hospitality. “I’ll have a foot massage at 3 o’clock. I’ve had them before but not here, so I expect something good,” he laughed.

Besides being two of the game’s best shotmakers, both Thiem and Fognina have an intimate connection to women’s tennis. “My girlfriend is a player so I follow every week, of course,” Thiem said of World No. 44 Kiki Mladenovic who’s played in Wuhan each of the six last years.

On Saturday afternoon, a packed Center Court was on hand to watch an exhibition match between the two, undoubtedly looking forward to seeing Thiem’s legendary one-handed backhand and Fognini’s genius shotmaking which has helped him feature in some of the most memorable men’s matches of the last decade.

The mood was relaxed, with lots of tweeners, sky-high lobs and smashes, and backspin drop shots to go along with blasted returns and sledgehammer serves. While meant to entertain, both men were undoubtedly getting some extra practice in, hoping for big results in China in order to qualify for the year-end finals in London.

In the end, it was Fognini prevailing 3-6, 6-3, 10-7, but the winner was undoubtedly the fans.  “I play with a great friend like Dominic. That kind of match is not important about the result, but my opinion, is more important for the crowd, for the people who are coming,” said Fognini. “I try to get them involved with us. The most important thing is they will enjoy.”

And enjoy, they did.