Time：2019-09-28Release：WUHAN OPEN
Aryna Sabalenka defended her Wuhan Open title on Saturday with a 6-3, 3-6, 6-1 victory over unseeded Alison Riske in a match that lasted just shy of two hours. 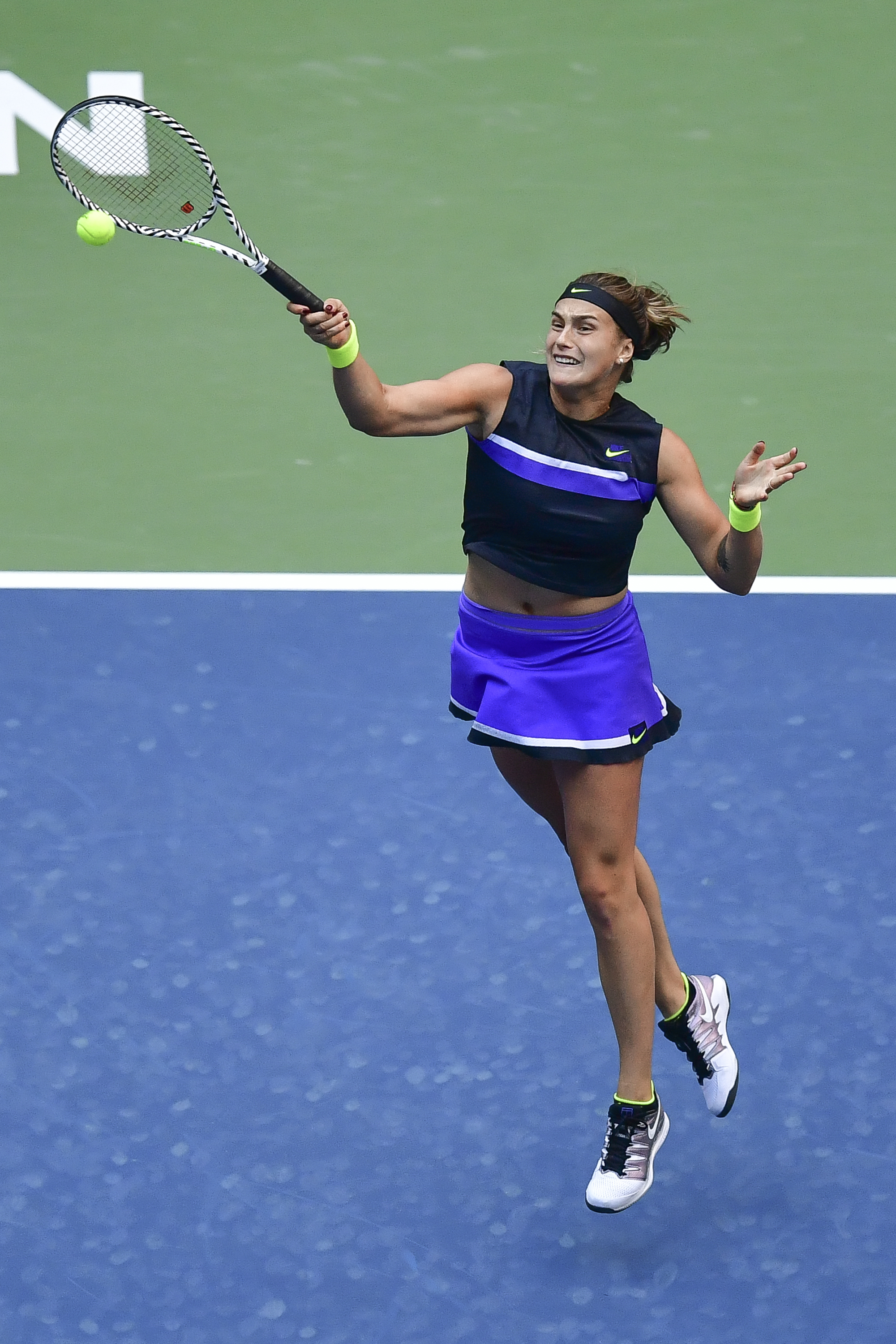 Both players entered the match brimming with confidence, not only in the way they’ve played so far this week (with Sabalenka defeating No. 6 seed Kiki Bertens in the Round of 16 and World No. 1 Ashleigh Barty in the semis, and Riske on an even more impressive giant-killing spree taking down No. 8 seed Qiang Wang, World No. 3 Elina Svitolina, and No. 5 seed Petra Kvitova in succession), but also in their well-documented success on Chinese soil.

Something about China undoubtedly brings out the best in these two players. Sabalenka has won 2 of her 3 titles in China, including her one title this year in Shenzhen, coincidentally defeating Riske in the final. For her part, 6 of Riske’s 9 career finals, including today’s, have come in China, earning her the nickname of “Daughter of China” among Chinese tennis fans.

In the first set, both players came out swinging, Sabalenka with her usual power off both wings, while Riske stood her ground on the baseline, taking the ball on the rise. However, it was Sabalenka’s superior serving which made the difference early (winning 75% of first serve points in the set versus 43% for Riske), while Riske faced break points in all three of her opening service games. The American was able to fend off the first three, but sailed a backhand long to give up the first of two breaks.

Serving for the set at 5-1, Sabalenka’s serve, which to that point had been untouchable, suddenly faltered, with the defending champion throwing in her first two double faults on the way to being broken. However, the Belarusian righted herself when next up to the line, showing some nifty net play on the way to holding for a 6-3 lead.

What Riske might lack in power, she more than makes up for in tennis sense. In the second, the American took a little off her first serve to up her service percentage, denying Sabalenka any break opportunities and with them, the confidence the Belarusian thrives on to swing out freely. For the most part, Sabalenka’s serve was still on, creeping towards the 200kph mark and hitting 9 aces to only 2 double faults, with many of the aces coming on break points. However, just one loose service game from Sabalenka was all Riske needed to take the second set 6-3. 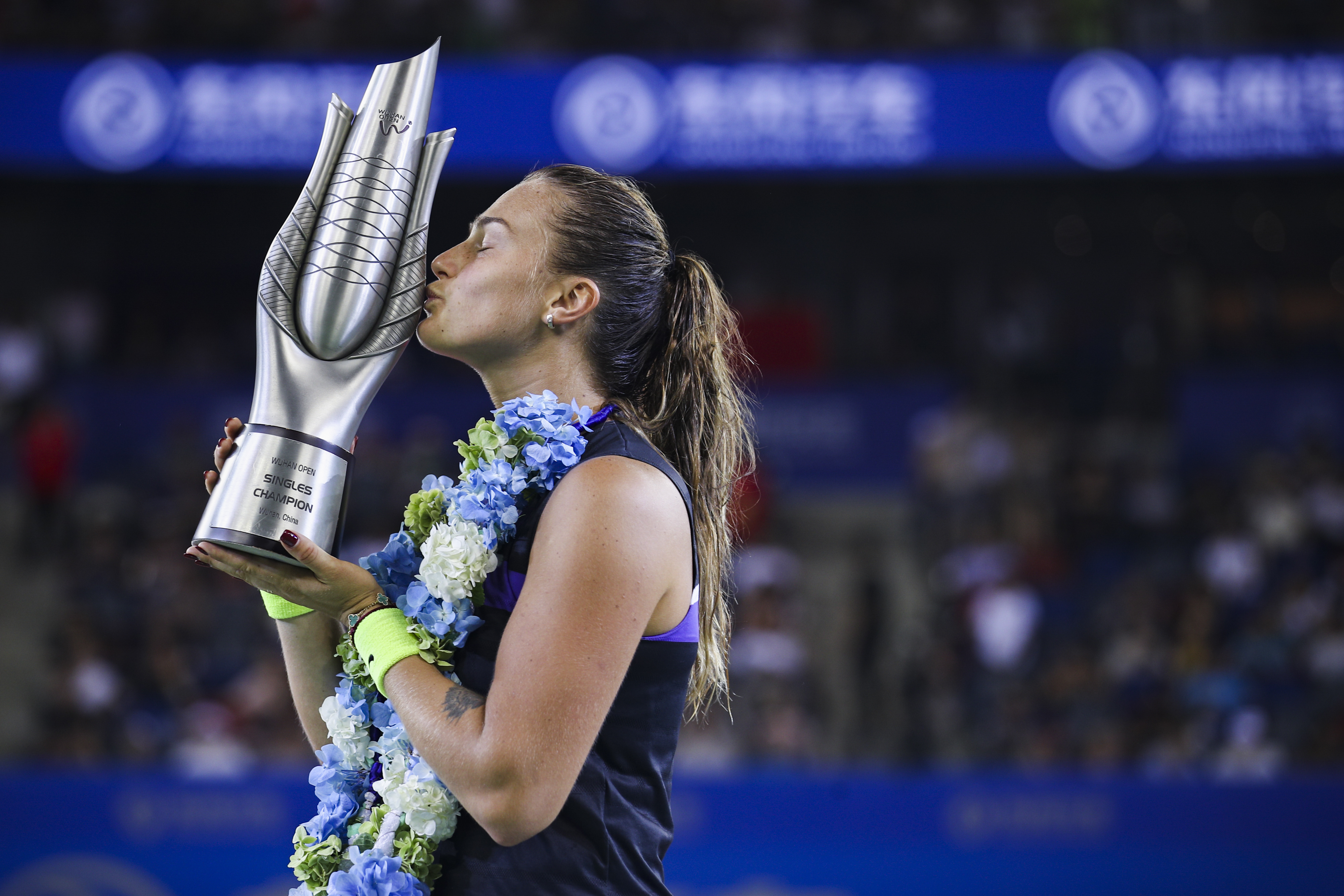 Sabalenka said earlier in the week that her game hinges on her being fearless, not worrying about whether her ball is going to go in or out. She seemed to take her own advice in the third set, dishing up four aces in her opening two service games and blasting return winners on the way to a quick 5-0 lead.

In the third set, Sabalenka’s side of the court was eerily quiet. Very little grunting accompanied her heavy strokes and winners were met with zero celebration, as if she sensed her second Wuhan Open crown was her destiny.

Riske finally held to briefly stave off the inevitable as Sabalenka served up her 18th ace of the match to seal the championship. For her efforts in Wuhan, Riske will rise to a career high of World No. 24 when the rankings come out on Monday.