Bianca Andreescu: The 19-year-old hometown girl won the Rogers Cup just a few minutes from her home, leading 3-1 in the final when Serena Williams retired with an injury. Andreescu burst onto the scene with her maiden title in Indian Wells in March, the start of a 17-match win streak (not counting her own two injury retirements) that culminated in her being the first Canadian in 50 years to take the Rogers Cup. More impressively, this was the Canadian’s first tournament back from a right-shoulder injury that kept her out of action since Roland Garros in May.

Serena Williams: It’s been an up-and-down comeback for the 23-time Grand Slam champ since coming back in early 2018 after giving birth. She’s strung together good results, making the finals of three Grand Slams, but has yet to claim a title. She made good on her promise to play more tour-level events after being soundly defeated by Simona Halep at Wimbledon, but retired in this weekend’s final with back spasms. If (and it’s always a big “if”) Serena is healthy, she’s always a contender, especially after the stellar form she showed in dispatching Naomi Osaka in straight sets in the quarterfinals.

Marie Bouzkova: The 21-year-old Czech had a breakthrough tournament in Toronto, coming through qualifying to defeat Sloane Stephens and Simona Halep (who retired with an Achilles injury after losing the first set) to make the semi-finals. Bouzkova had Serena Williams on the ropes for a set and a half before losing in three. Nevertheless, her herculean efforts in Canada have vaulted her nearly 40 spots to a career-high ranking of 53.

Barbora Krejcikova and Katerina Siniakova: The 2018 year-end World No. 1 doubles team claimed their first title of 2019, taking out No. 3 seeds Anna-Lena Groenefeld and Demi Schuurs. Winning both Roland Garros and Wimbledon last year, the Czech pair had reached only one final this year (Indian Wells). 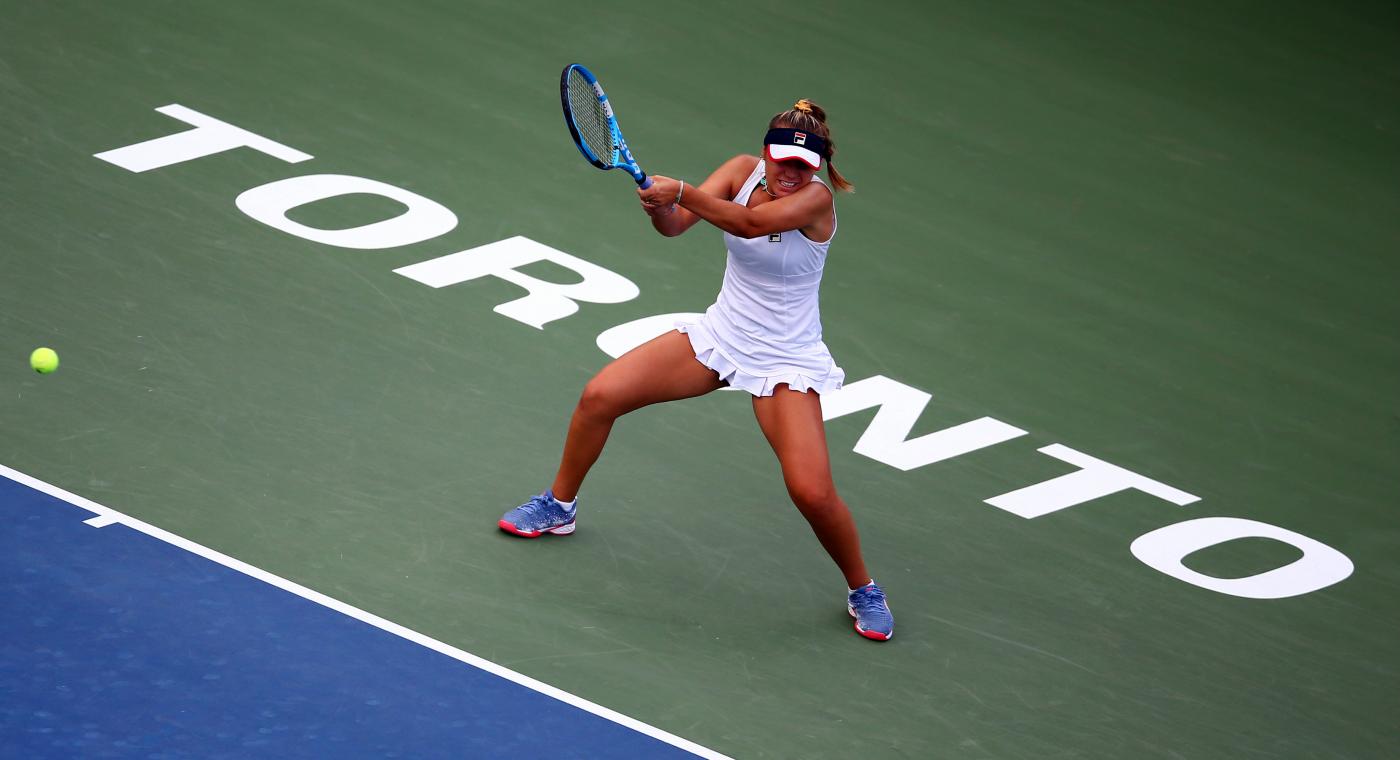 Naomi Osaka: The 21-year-old started off the year on fire, taking her second straight Grand Slam at the Australian Open, but has been meek ever since, making just one semi and two quarters. Nevertheless, with her quarterfinal appearance in Toronto, she reclaimed the World No. 1 ranking from Ashleigh Barty. Osaka says she’s starting to enjoy tennis again after suffering from high expectations and increased attention, which is a good sign as she looks to defend her US Open title in a few weeks.

Karolina Pliskova: The World No. 3 had a chance to regain the World No. 1 ranking this week which she held for 7 weeks in the summer of 2017. However, she bowed out to eventual winner Andreescu in the quarters, getting bageled in the first set.

This week, the top players converge on Cincinnati for the Western & Southern Open. As last week, the World No. 1 spot is once again on the line for Osaka, Barty, and Pliskova with the results of the week factoring in to the US Open seedings, giving players extra motivation to try and go deep.