In honor of the 6th edition of the Wuhan Open, we’re presenting 6 story lines to follow leading up to the year’s final Grand Slam.

Last year was where it all started for the current World No. 1, Naomi Osaka, defeating childhood idol Serena Williams in a controversial final that we’re all still talking about. While both women continue to make headlines in every tournament played, they both also find themselves in a peculiar position. Osaka cemented her US Open title by winning in Australia for back-to-back Grand Slam titles, but has cooled off since with no other titles in 2019. She’s still practicing with a bandaged knee which caused her to retire in Cincinnati. Meanwhile, Serena Williams retired in the Toronto final due to back spasms, and pulled out of Cincinnati entirely. The 37-year-old legend is still searching for her elusive 24th Grand Slam almost two seasons after returning to the game. Serena won the US Open 20 years ago (!) and has racked up 6 championships here, but it’s also the site where she’s had some major blowups. Whatever happens, all eyes will be on these two women.

Osaka’s hold on the No. 1 spot is tenuous and she has lots of points to defend in New York. Despite winning the French Open this summer, world No. 2 and last year’s Wuhan Open semifinalist Ashleigh Barty’s best surface is hard courts, as is No. 3 Karolina Pliskova whose giant serve and flat, hard ground strokes are golden on this surface. Can the Czech finally claim her maiden Grand Slam title, after coming up short in the 2016 final? 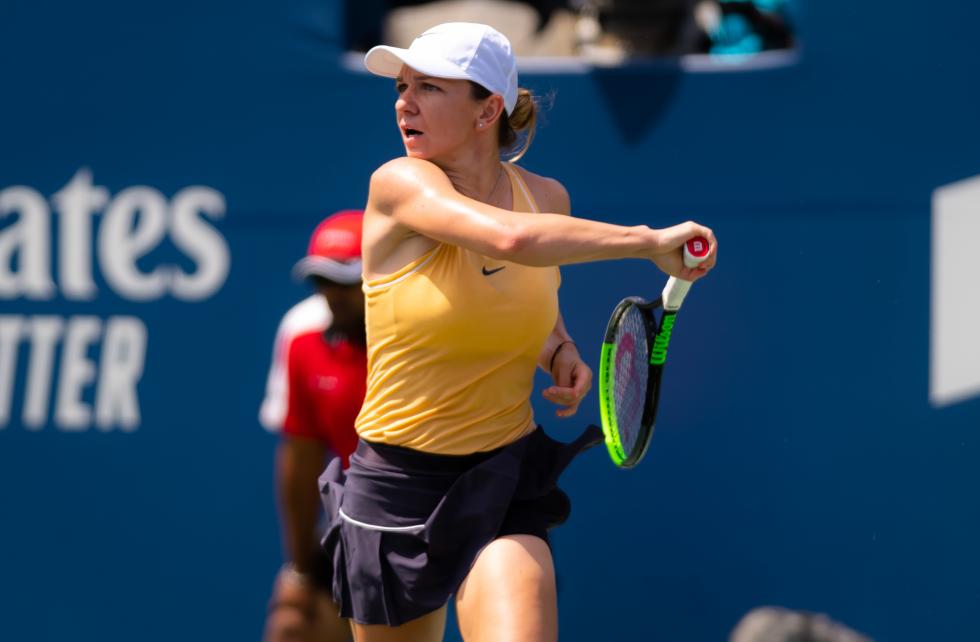 3. Can Halep make it back-to-back majors?

Simona Halep traditionally doesn’t do well on North American hard courts. Her best showing in Flushing Meadows was a semi-final appearance in 2015, balanced with two consecutive first-round losses in 2017-2018. However, no one can forget the beating she levied on Serena Williams at Wimbledon this year, producing a stunning display of defense-to-offense. In the vacuum left by the game’s biggest stars the last few years, Halep has risen as the most consistently excellent player. Could 2019 be her year to win back-to-back Slams?

4. Make room for the youngsters

The ATP might have their NextGen, but the youngsters of the WTA are making a splash in their own right. Canada’s Bianca Andreescu has shot up more than 130 ranking spots since the beginning of the year on the back of winning two of the biggest non-Grand Slam hard court titles in Indian Wells and Toronto. She’s fearless against the game’s best (a perfect 7-0 vs. Top 10 players) and fights for every point. 18-year-old Iga Swiatek from Poland has also logged in good results this year, but all eyes will be on 15-year-old phenom Coco Gauff playing in her home slam. If she even gets close to matching her excellent Wimbledon run, the New York crowds will go wild.

Results have been relatively quiet for China’s No. 1 as of late, but the Tianjin native put together a stunning string of results this time last year, including a run to the Wuhan Open semifinals. The good news is that the world No. 18 plays well on hard courts, making the Round of 16 in Indian Wells, the quarters in Miami, and the semis just last week in the Bronx.

6. Who’s coming in with the most momentum?

Just two years ago, hard-hitting Madison Keys made her first and only Grand Slam final. The American comes in with loads of momentum, having won the biggest title in her career a couple weeks ago in Cincinnati. If the 24-year-old can produce more winners than errors, she’s a threat for the title. In that final, Keys defeated a resurgent Svetlana Kuznetsova. The 34-year-old Russian won the US Open way back in 2004, but after some injuries and talk of retirement, is back to playing some of her best vintage all-court tennis. World No. 48 Camila Georgi has also enjoyed a good North American summer. Despite never going beyond the fourth round at the US Open, one of the hardest hitters on the women’s tour has reached two tour finals in the last two months, in Washington D.C. and just last week in the Bronx.