Kvitova, Sabalenka Through While Seeds Fall on Day 2

In one of the most even matchups of the day, World No. 18 Caroline Wozniacki took on World No. 32 Su-Wei Hsieh. Wozniacki came in as the higher-ranked player and owning a 4-1 head-to-head record, but Hsieh won their last meeting in three sets earlier this year in Miami. 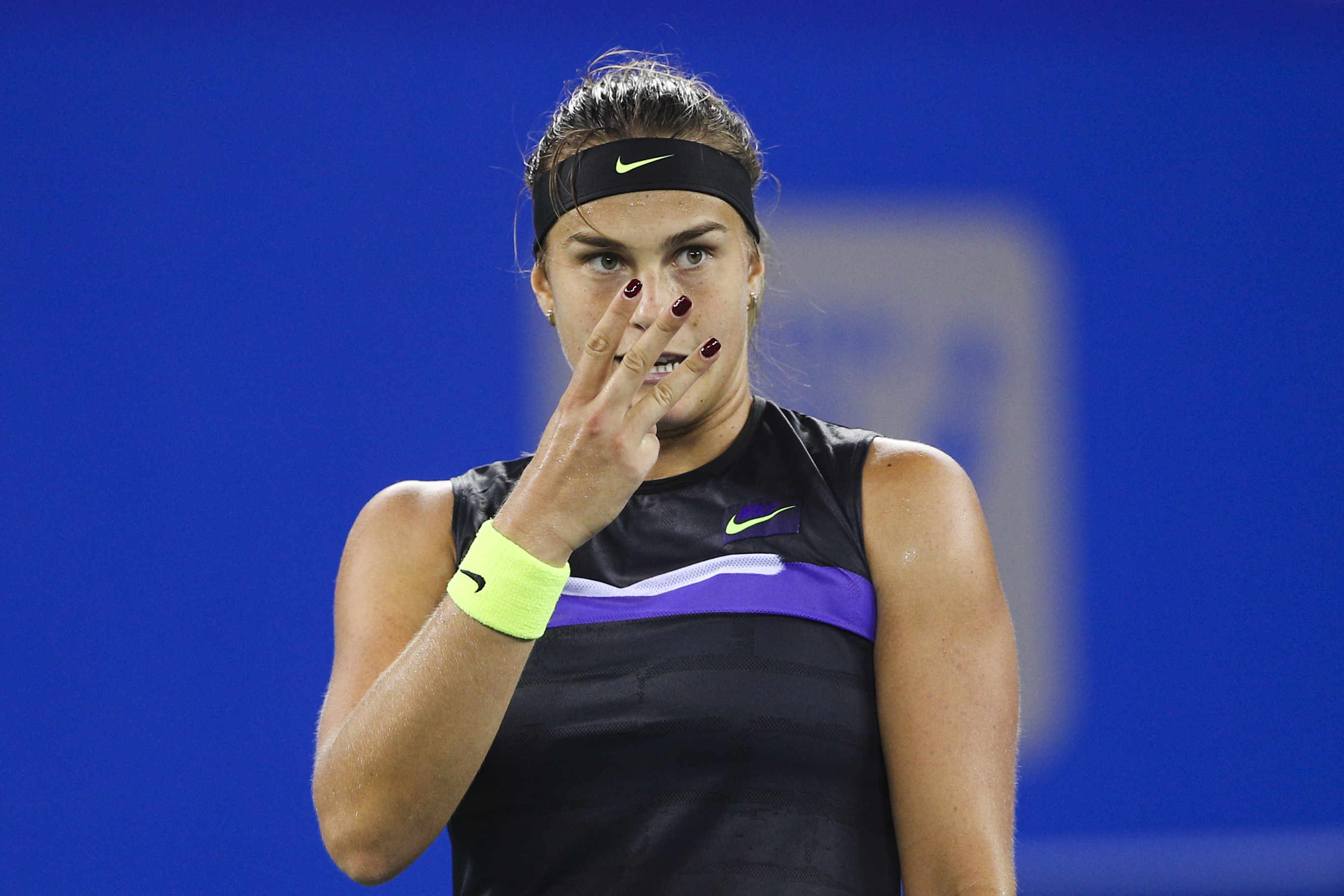 Wozniacki came out the sharper of the two, serving up two aces and a service winner in the opening game on the way to a 3-0 lead. Hsieh’s game, on the other hand, is based on elegant minimalism rather than raw power. She wears unbranded clothes, and doesn’t hit the ball so much as carves it to pieces. With very little backswing, Hsieh prefers to redirect the ball rather than generate her own pace, serving up a lesson in frustration to her harder-hitting opponents.

The crowd finally got to witness Hsieh’s craftiness in the fourth game, as Wozniacki blasted a forehand from mid-court, only to have Hseih bunt it down the line for a passing shot winner. Serving at 5-1, Wozniacki failed to capitalize on two set points while Hseih began finding her range, skimming the net and hitting lines to level things in a tie-break. Much like in the set, Wozniacki opened up a 6-1 lead, but this time, there was no coming back for the Taiwanese.

The second was a mirror image of the first, with Hseih opening up a big early lead to send the match into a deciding third set. The momentum stayed with Hseih, with Wozniacki seemingly lost on Center Court, lulled into playing Hseih’s brand of placement-over-power tennis, but it was the Dane who ended up being run side-to-side and induced into errors, giving up the match in just over two hours. “The first match is always not easy. I know she can do anything on the court,” Hseih said afterward, thanking the crowd in Chinese for their support. 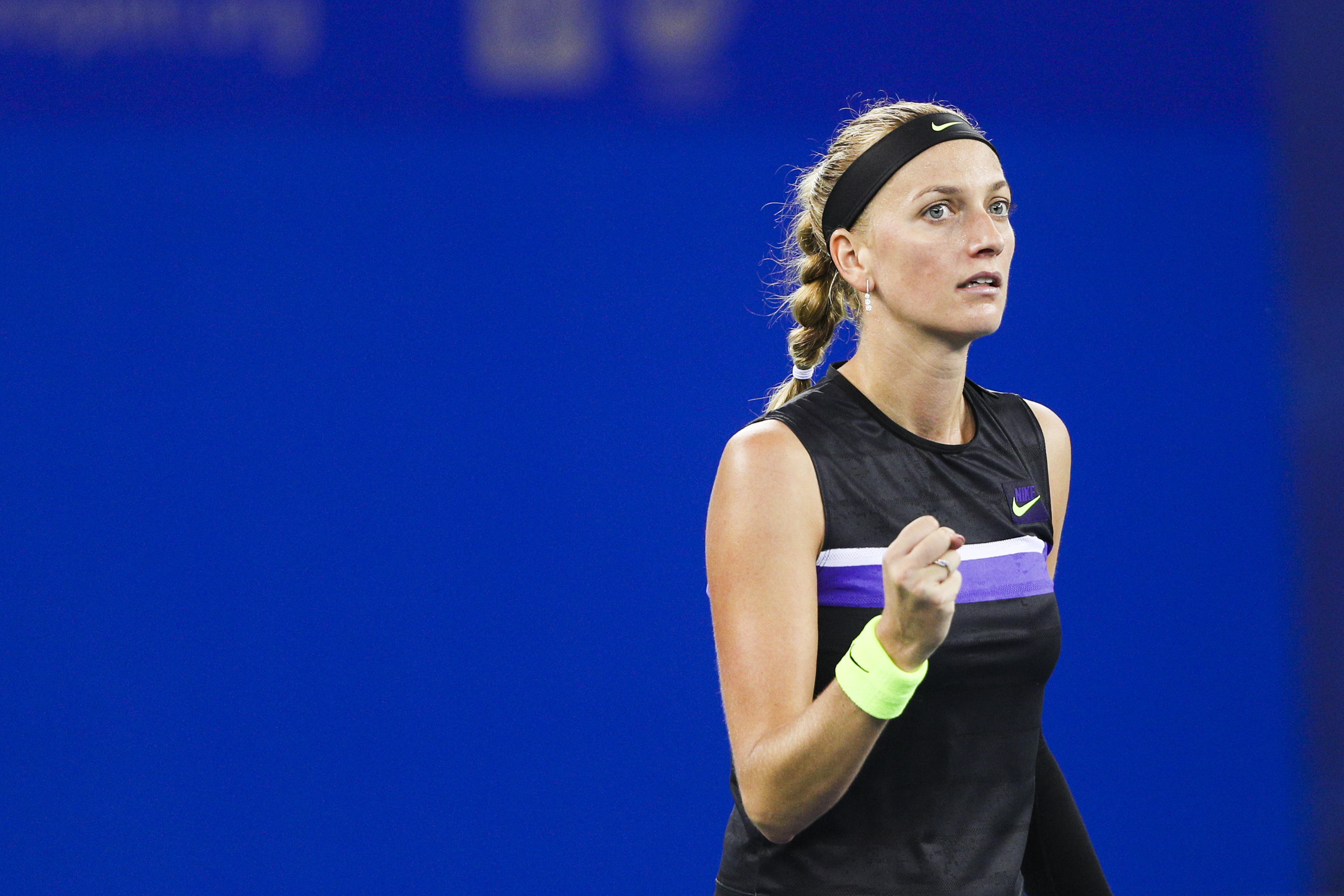 Petra Kvitova’s win over Polona Hercog was also a high-quality affair with both players hitting hard and deep and holding on to their serves. No break points were to be had until the first-set tie-break, when mini-breaks came fast and furious. Hercog was the first to have a set point, but a tentative forehand let the opportunity slip away, allowing Kvitova to take the set with a beautiful serve-and-volley winner. One break in the second set was all the two-time Wuhan Open champion needed to seal the win.

Two “lucky losers”, players who lose in qualifying but receive a place in the main draw anyway when a player withdraws last minute, made the most of their fortunes on Monday. Ons Jabeur replaced Victoria Azarenka and went on to upset No. 16 seed Donna Vekic while Rebecca Peterson, replacing No. 12 seed Madison Keys, won when Italy’s Camila Giorgi retired having lost the first set, 2-6.

“I woke up at 9:45. I quickly ate, arrived at 10:40, and had little time to warm up” for her 11am start, said Jabeur after her match on Center Court. By 1pm, she had made it into the second round of the main draw, guaranteeing her prize money of at least USD 15,240 (compared to the USD 4,360 that losing second-round qualifiers receive).