Petra Kvitova advanced to the third round at the Dongfeng Motor Wuhan Open following a straight sets victory over Polona Hercog on Monday evening.

The two-time Wuhan champion overcame a spirited challenge from the Slovenian, who held a set point in the opening set tiebreak, to triumph 7-6(6) 6-3 and book her spot in the third round where she will face either No.10 seed Sloane Stephens or China’s Wang Yafan.

“It was a tough one definitely, especially in the first set when we were on serve. I was down in the tiebreak but I was still able to make it somehow, I’m not sure how. I think I was a little bit going for every shot which made the difference at the end of the first set and in the second too,” said Kvitova. 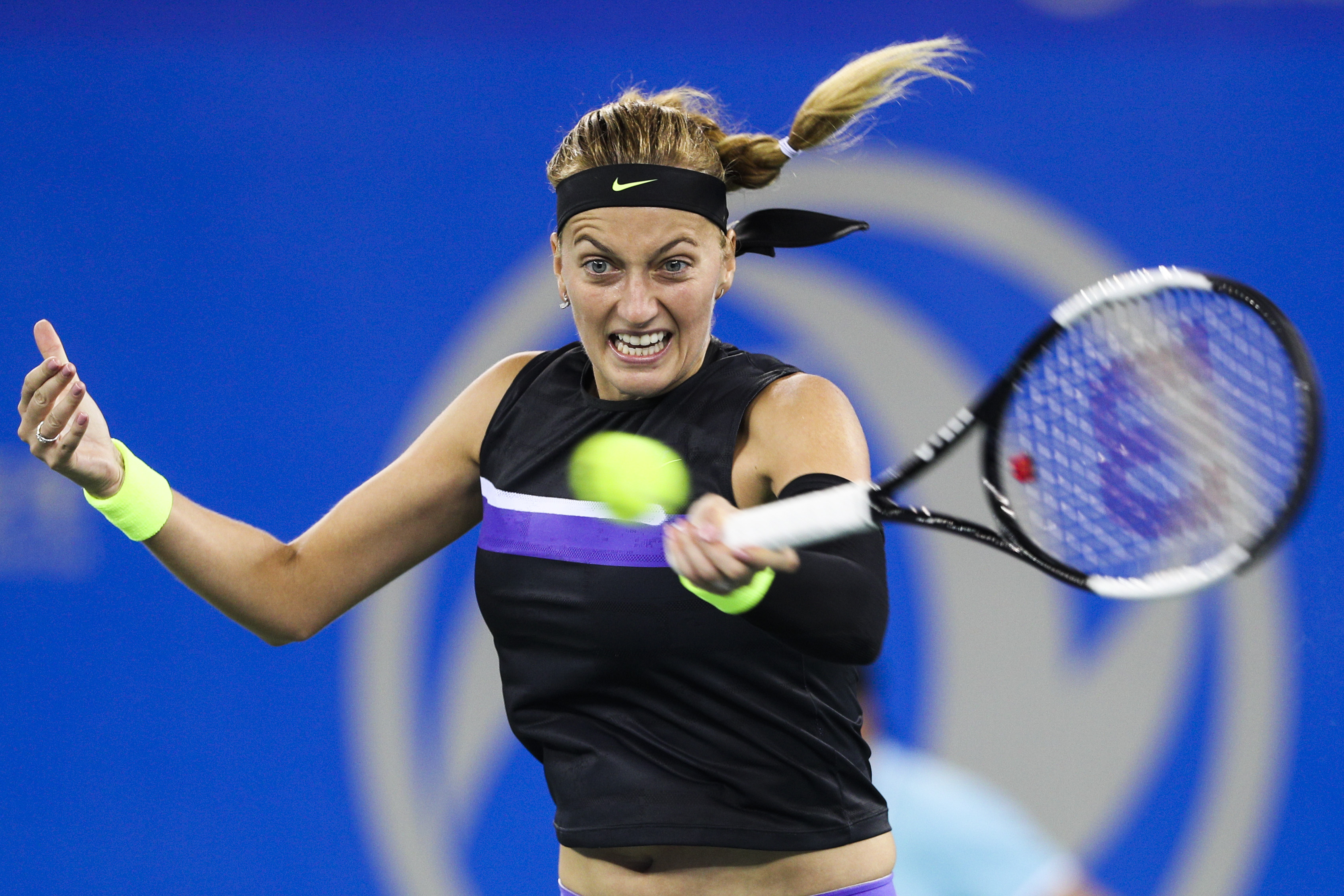 Garbine Muguruza won her first match since Roland Garros when she defeated Chinese wildcard Peng Shuai 6-3 6-2 in 69 minutes. The Spaniard looked in impressive form as she ended a five-match losing streak and set up a second round encounter against No.3 seed Elina Svitolina.

“It feels good. I had tough tournaments in the summer, in America, so I’m happy to be here competing in a big tournament and getting a big win,” said Muguruza.

Monica Puig recorded an upset when she knocked No.11 seed Angelique Kerber out of the tournament in what was a repeat of the Rio 2016 Olympic final. The Puerto Rican remained focused despite squandering two match points in the second set to prevail 7-6(5) 5-7 6-1 in two hours 46 minutes.

“It's so tough when you're ahead, then you have match points. Not having such a great season all season, you're so close to winning, then you kind of freak out a little bit,” said Puig. “We've had so many great matches in the past. I have a lot of respect for her. I know it's not over until you go and shake her hand. In that moment, I just had to regroup and find a way to win in the third set.”

Hsieh Su-Wei also caused an upset when she defeated No.13 seed Caroline Wozniacki 6-7(2) 6-1 6-2 for the second time this season. Hsieh came back from 1-5 down in the opening set to force a tiebreak before racing through the second and third sets for the loss of just three games.
"The first set was not easy, because I just came from Osaka. I lost early so I was not preparing for singles too much, because I was in the doubles with my sister," said Hsieh. 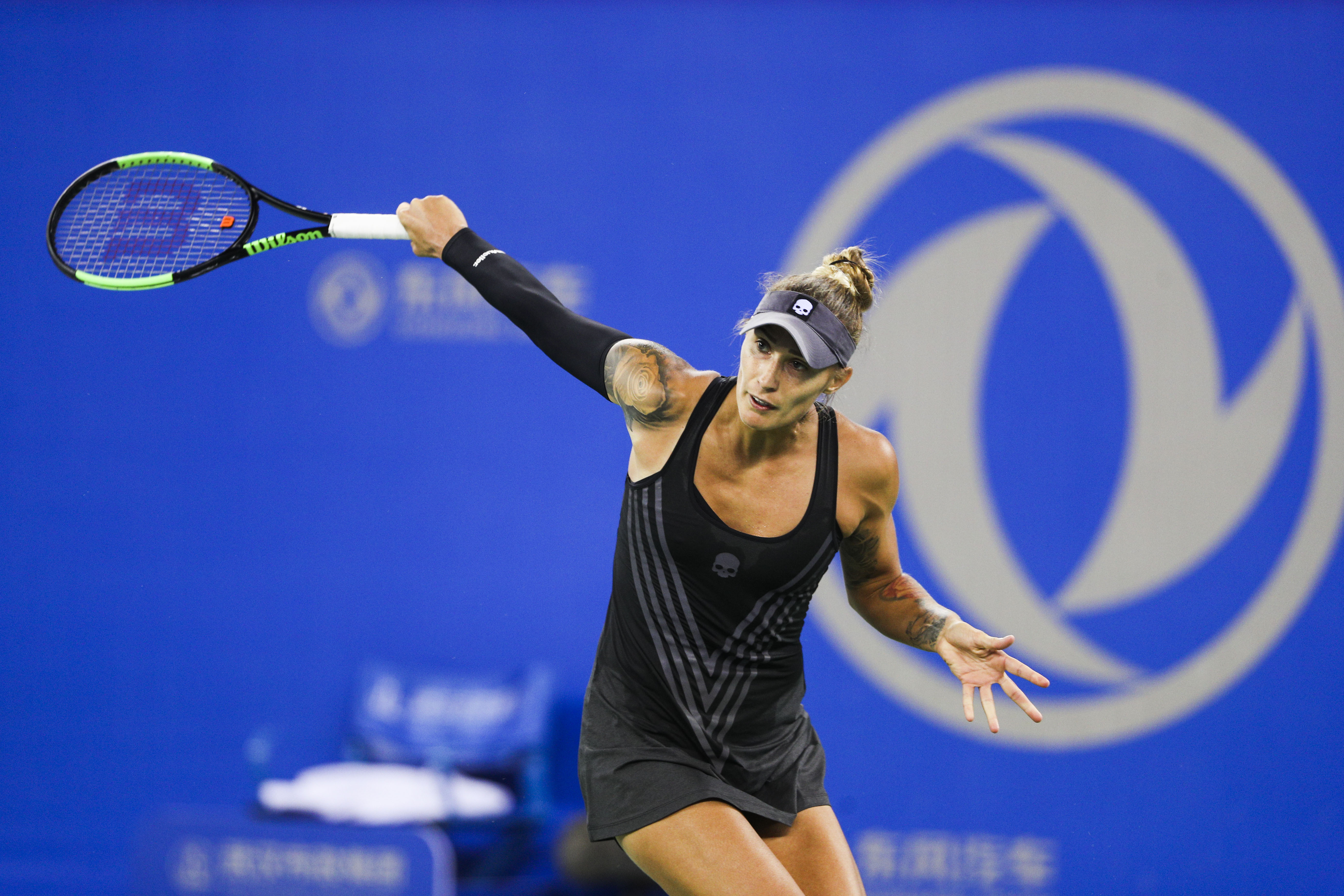 "When I came on the court...I was a little bit lost, and she was playing good as well. I asked my coach to come on the court and I said, 'Okay, I don't feel anything. I feel weird.' And he said, 'It's okay, just try to play,' and I did. I tried to keep playing and after a couple of games, it was going better and better."

No.9 seed Aryna Sabalenka remained on course to defend her title, dropping just one game as she eased to a 6-1 6-0 victory over Danielle Collins in just 51 minutes.

There were also wins for Amanda Anisimova, who battled past wildcard Samantha Stosur 6-3 3-6 6-3, Alison Riske, who came back from a set down to defeat qualifier Kateryna Kozlova 4-6 6-3 6-3 and lucky loser Ons Jabeur, who replaced Victoria Azarenka (shoulder injury) in the draw, who ousted No.16 seed Donna Vekic 4-6 6-3 6-3 in the opening match on Center Court.