Seeds Sail Through on Day 3

After yesterday’s slew of minor upsets, order was restored on Tuesday at the 2019 Wuhan Open as eight of nine seeds in action made it safely through to the Round of 16, including the tournament’s Top 4.

No. 1 Ashleigh Barty dispatched Caroline Garcia 4-6, 6-4, 6-1 in a rematch of the 2017 Wuhan Open final, No. 2 Karolina Pliskova took out American teen Amanda Anisimova 6-3, 6-3, No. 3 Elina Svitolina defeated Garbine Muguruza 7-5, 6-2, and No. 4 Simona Halep scored a straightforward 6-3, 6-2 win over Barbora Strycova. No. 7 Belinda Bencic was the sole seeded loser, falling to qualifier Veronika Kudermetova. 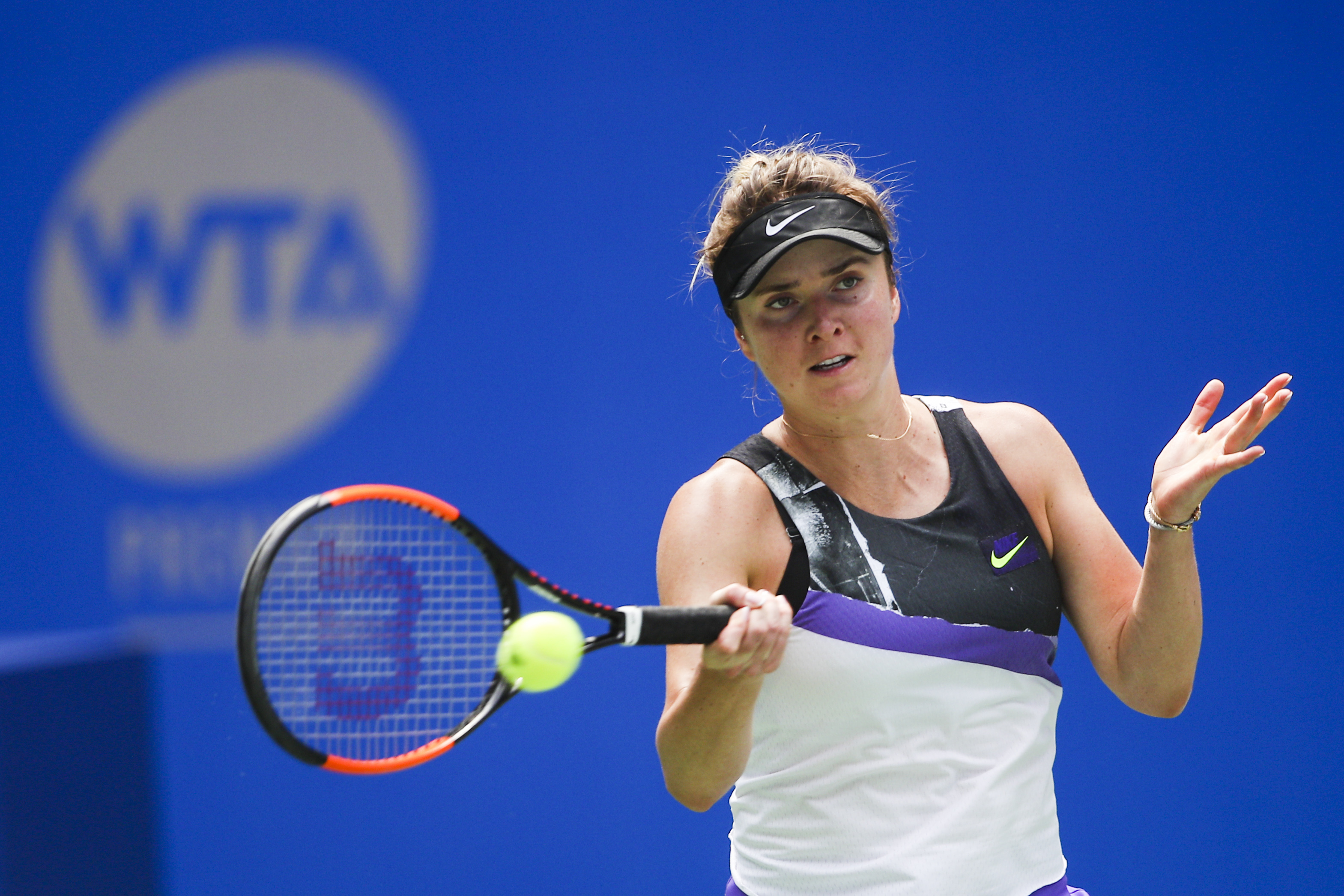 In one of the most anticipated matches of the day, Elina Svitolina took on Garbine Muguruza.  Not only did the two 25-year-olds have a close head-to-head coming into the match (5-4 in favor of Svitolina), but they are two of the best ball strikers on the tour with a pleasing contrast in playing styles. Muguruza is one of the tour’s more aggressive players, looking to stay on or near the baseline to dictate points with her athletic game while Svitolina is one of the game’s best movers with the ability to get to balls most players can’t.

With neither player possessing a dominant serve, the match proved to be a war of attrition rather than an all-out assault. However, the first set was an absorbing contest filled with long rallies where Svitolina took full advantage of the exceptionally deep Center Court to retrieve balls from 2-3 meters behind the baseline.

With as many breaks as holds, players found themselves locked at 4-4. With the first set in the balance, both players ferociously fended off more break points until Muguruza threw in a double fault serving at 5-6 on the way to having her serve broken for a third time.

With a set in her pocket, Svitolina seemed to gain confidence, stepping up in the court and forcing errors from Muguruza while not facing a single break point on her own serve. “There was some great, great rallies, some tough games, which was quite expected,” she said after the match. “She started amazing. She was striking the ball really good. I had to stay very tough. As always, I had to keep fighting and try to get every single point back, try to fight for every point. In the end, I got the chance and I took it.” 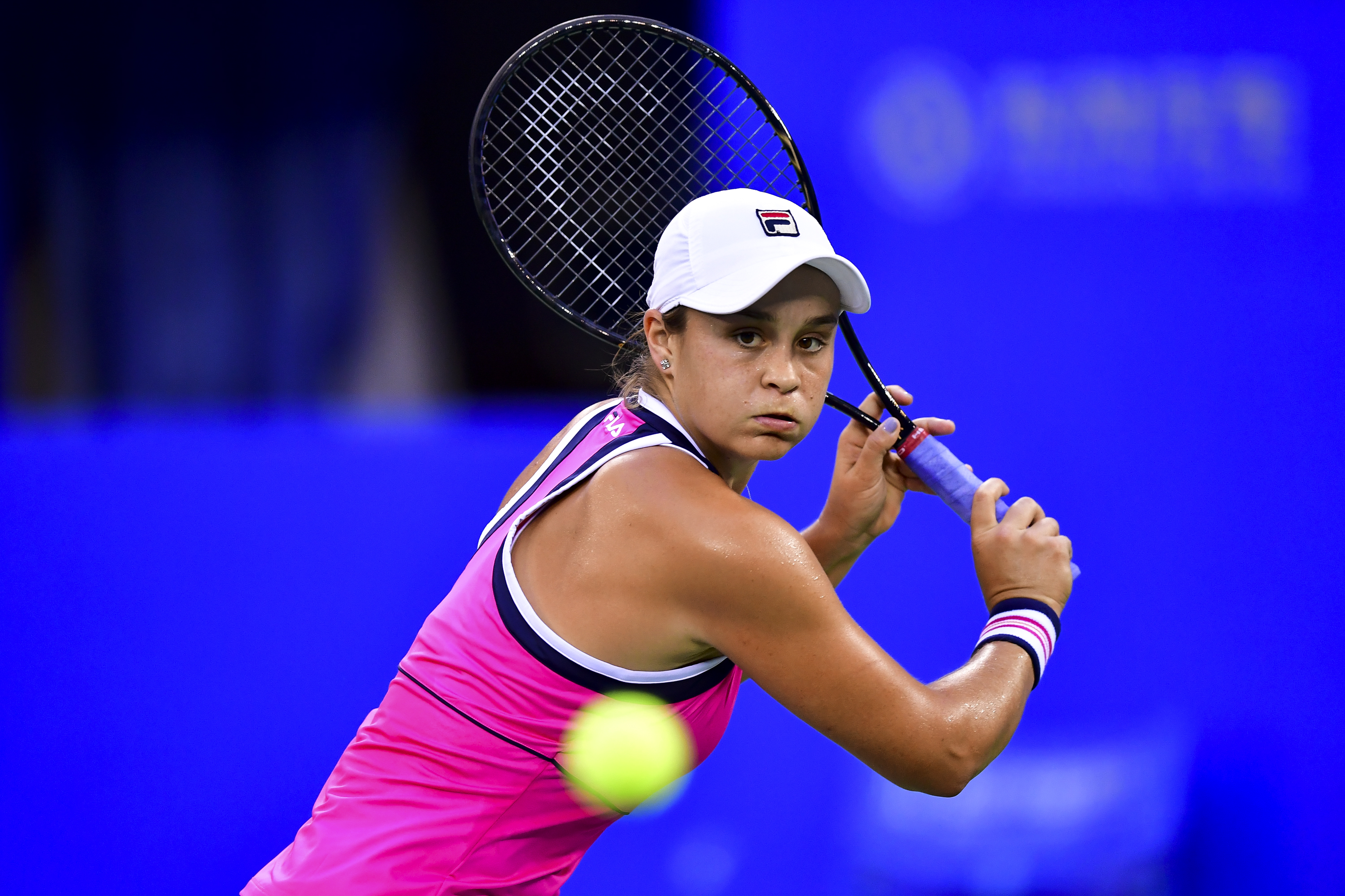 The next match on Center Court between Barty and Garcia offered another pleasing contrast due to the variety both players are able to produce. Whereas the Svitolina-Muguruza match featured all power, all the time,  Barty and Garcia threw in frequent changes in power, placement, and spin where no two balls looked the same. Barty has one of the best offensive backhand slices in the game, honed by years of doubles play, while Garcia, a Grand Slam doubles champion herself, isn’t afraid to move forward to end points which is exactly what she did to break Barty for the first set.

The second set mirrored the first where a visibly frustrated Barty was unable to poke a hole in the Garcia defense until the tenth game where a break gave Barty the set.

In the third, it was Garcia’s turn to experience frustration as Barty first sailed a beautiful lob over her head and then hit a backhand slice passing shot a few points later to break Garcia in the fourth game.

With that, the fight seemed to go out of the Frenchwoman and Barty sealing the match with a service winner. “I had to make some small adjustments in the second set. I think I served better in the second set, was able to get a few more freebies off my first serve, protect my second at times,” said Barty after the match. “In the third, happy to run away with it and get some momentum.”