While most tournaments might look the same to the casual TV tennis fan, barring perhaps the color combination of the court, in reality, there are a myriad of factors that make each tournament unique. These factors encompass 1) playing conditions, including court surface and speed, the type of balls used, and the heat and humidity; 2) on-site services like the quality and variety of food provided, the space players have to relax between matches, and the condition of practice courts, and 3) off-site factors, including how far away the player hotel is and what there is to do around town.

While tennis players attempt to control every facet of their preparation, including training and fitness, the intangible combination of factors unique to each tournament plays an undeniable role in how comfortable a player feels and is likely to perform, explaining why some players tend to do better at certain tournaments.

What effect does the “Wuhan Factor” have on this week’s competitors? “Here in Wuhan, it's just us girls. It's nice and quiet. I think it's a little bit more relaxed,” said Ashleigh Barty, commenting on the difference between the Wuhan Open and the Grand Slams. “Obviously we're still very focused on trying to win our matches. But … it’s nice to come to these events. We're looked after just as well. It's nice and quiet and we can focus on playing.” 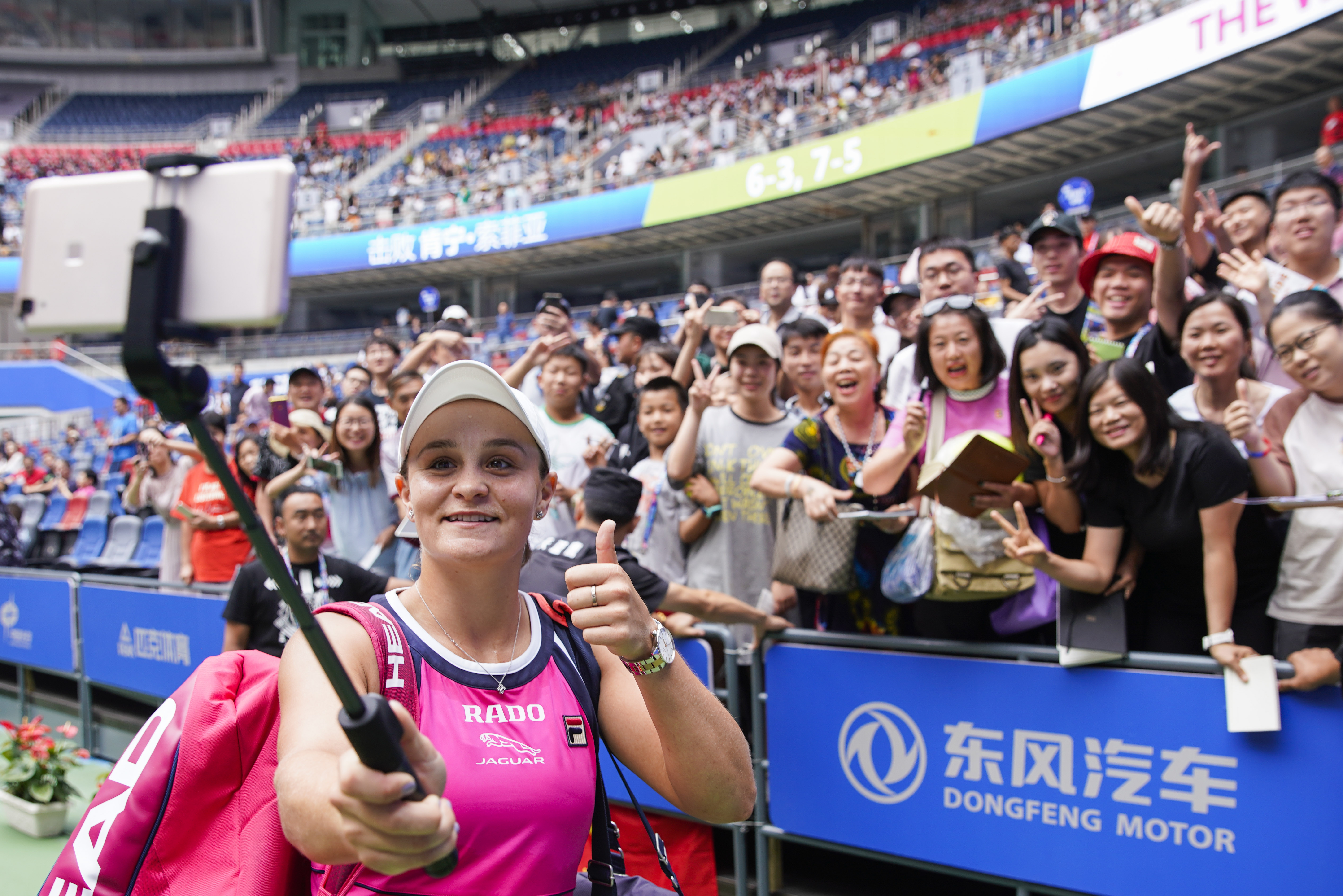 As one of the last events on the calendar, many of the players arrive in a more relaxed state of mind. “It's nice to have just a relaxed evening with some girls together, just hanging around, have some fun,” remarked No. 6 seed Kiki Bertens of the pre-tournament Player Party. “It takes a little bit more pressure off.”

With the China Swing occupying such an important spot in the tennis calendar, but also being different from Europe and North America in terms of language and surroundings, players have to negotiate a delicate balance of appreciating the food and culture while remaining in their comfort zone. “Getting used to it sometimes can be tough, especially for me the food,” admitted No. 2 Karolina Pliskova. Some try to cocoon themselves, like Chinese No. 1 Qiang Wang, who admitted: “I just go from the hotel to the tennis center. I didn't go to any other places.” 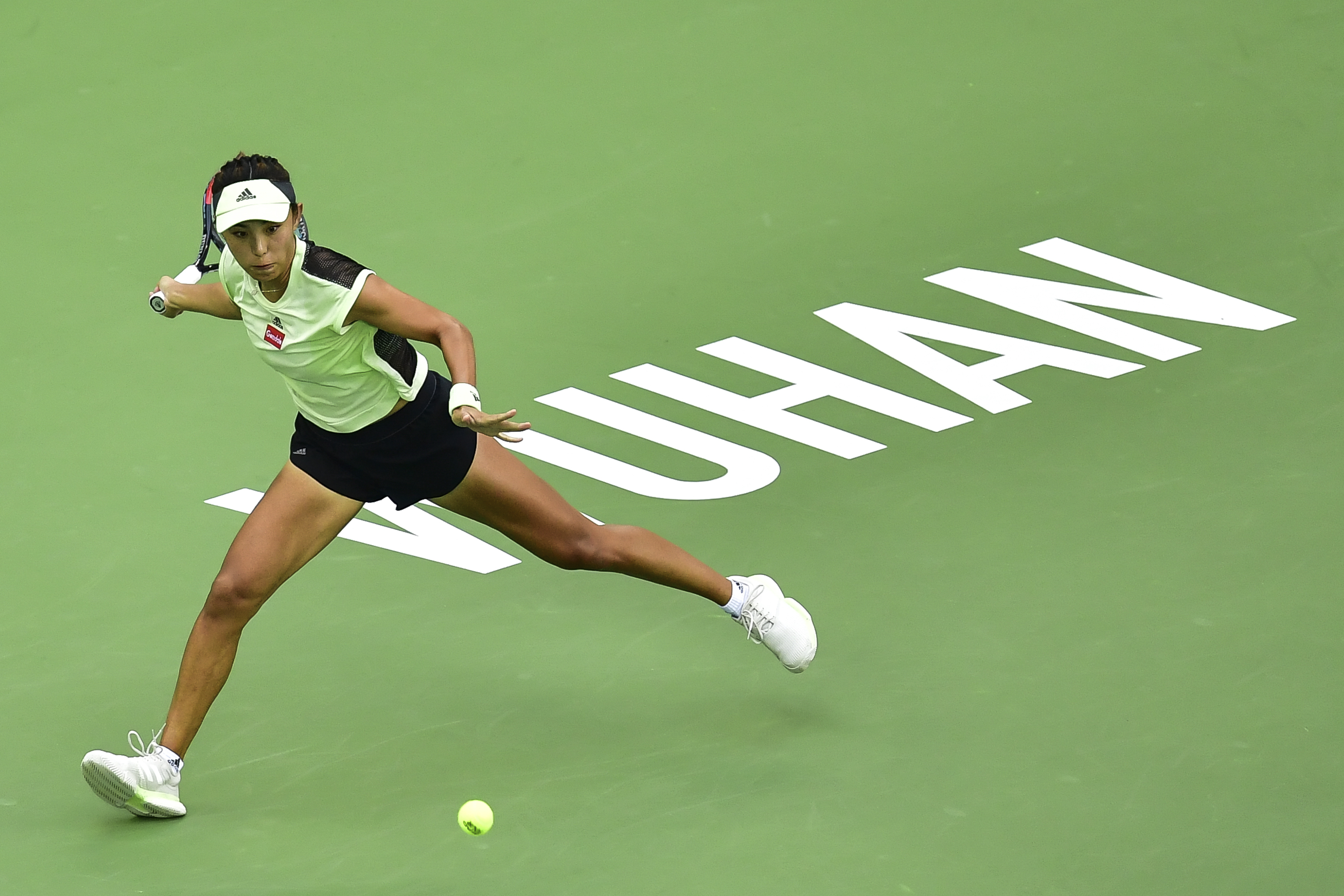 Other players embrace the opportunities to try new foods and activities. “We will like to come for the Han show. We are coming every year. If we have a time, we go again,” said two-time Wuhan Open champion Petra Kvitova. “I love noodles a lot. I try to eat as often as I can while I'm in China,” added Elina Svitolina. When asked what her favorite Wuhan dish was, Halep said: “Dumplings. I had yesterday at players’ party with vegetables inside. That's my favorite.”

For some, playing in China feels like home. “I love coming back here... When I get back here to Wuhan, I'm able to kind of relax, unwind. The hotel is great. The food is amazing. This tournament is so well-organized that it's really a pleasure to come back to,” said Monica Puig, who enjoyed a run to the quarterfinals last year.

“I like to play China. I'd like to play more even if it's possible,” said defending champion Aryna Sabalenka. “For me it's always nice to be here. I have a lot of fans here. They always support me.” Halep agreed, adding: “It's nice to see different places. It's nice to see the people that are coming to watch us. Many kids I saw. I was talking to them after my doubles. So it's nice. It's a new experience. It's a good experience for everybody to come here.”

Halep has another reason to love China – her birthday on September 27 falls in the China Swing. “I have received many letters with birthday wishes, so it's very special thing. This year I expect a bigger cake, though. Let's see if the tournament will bring me one,” she joked. Monica Puig, who earlier this week upset Angelique Kerber, is another Wuhan Open birthday girl. “I always seem to play on my birthday here,” she said. “I don't know what it is about Wuhan. I love the courts, the balls, the atmosphere, everything. That center court is beautiful to play on. I've had some great wins there, some great memories there.”

Another feature of the Wuhan Factor are the player perks, including cultural workshops demonstrating Chinese painting, calligraphy, and paper cutting, mini-golf, Play Station, and outings to the Institute of Hydrobiology to see endangered Yangtze River porpoises. However, it’s the complimentary nail salon and Chinese foot massages which players have raved about all week. “That's why I love this tournament, because the foot massage is unbelievable here,” gushed Svitolina. “Especially when there is lots of pressure from the Race to Shenzhen, this helps massively,” she laughed. Ahead of the tournament, Pliskova had her eye on another perk. “I'm planning to go on nails. I show you next time,” she promised.

Most players travel with an entourage which can include a coach, trainers, and family members. The Wuhan Open takes this in mind, organizing events like the Coaches’ Basketball Game (Europe vs the Rest of the World) and including them in player services. “I know my coach, my physio, they've spent, man, an hour and a half, two hours each day getting a foot massage. Wherever I can't find them, I go straight there and have a look for them,” laughed Barty.