Heading into Thursday’s quarterfinals, the top contenders for the 2019 Wuhan Open crown are all still alive after Round of 16 play concluded on Wednesday. Winners included No. 1 Ashleigh Barty, No. 3 Elina Svitolina, No. 5 Petra Kvitova, and defending champion Aryna Sabalenka. Meanwhile a lackluster No. 2 Karolina Pliskova fell to Dayana Yastremska 1-6, 4-6, No. 4 Simona Halep retired with a back injury against Elena Rybakina, and No. 8 Qiang Wang was unable to reproduce the form that led her to last year’s semifinals, losing meekly 2-6, 1-6 to Alison Riske.

No. 3 seed Elina Svitolina faced her second Grand Slam champion in a row when she met Svetlana Kuznetsova on Wednesday. After dispatching Garbine Muguruza in the previous round, Svitolina was prepared to battle two-time Grand Slam winner Kuznetsova who has shown flashes of vintage form in recent months. 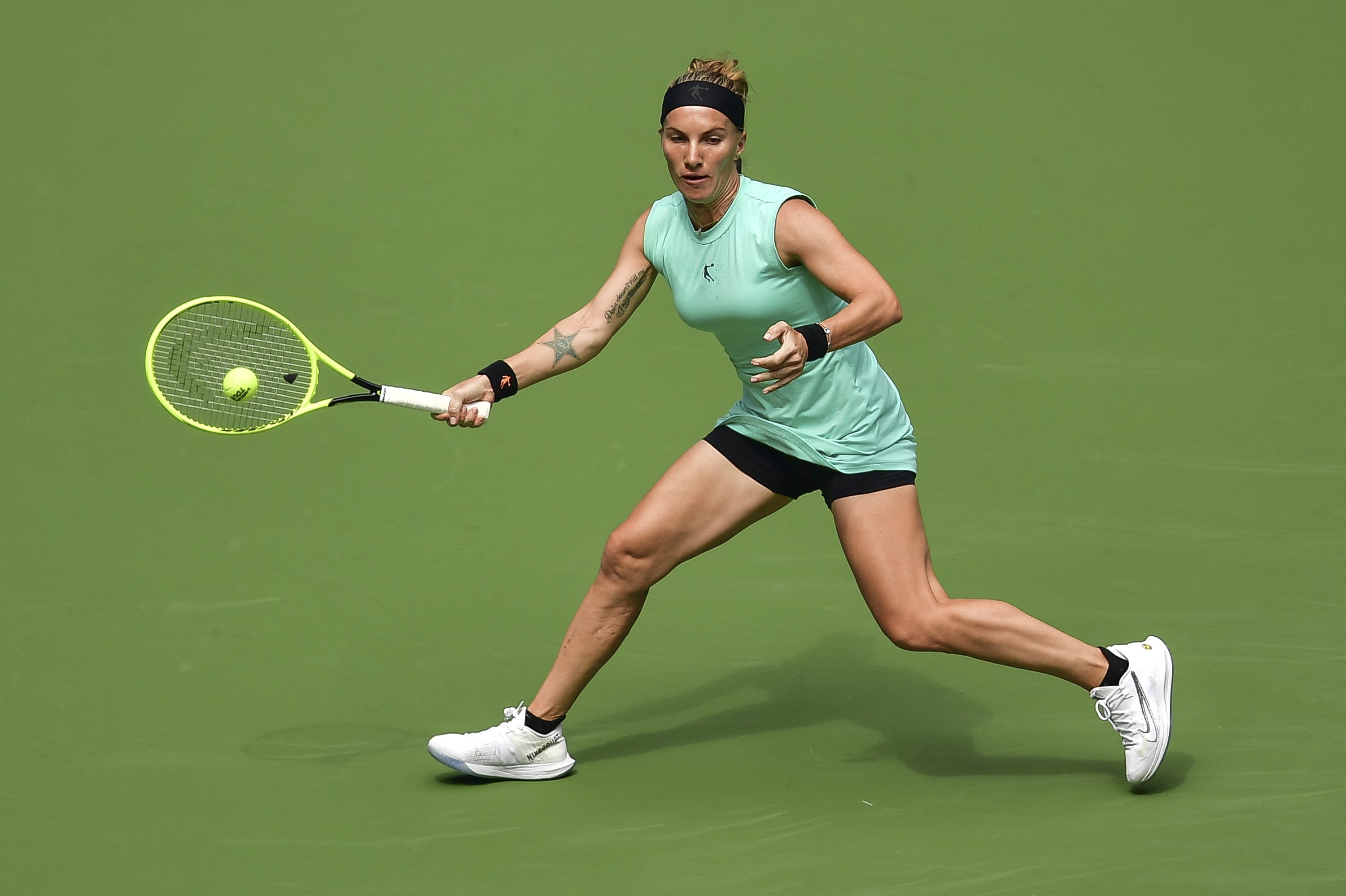 Both women possess similar games – powerful baseline strokes with excellent defense capabilities – so it would come down to who was more consistent on the day. Svitolina had the better start, breaking the Russian twice in her first three service games. The No. 3 seed faltered serving for the first set at 5-2, as Kuznetsova earned a break back by finishing points up at net, but was able to recover to serve it out on her next trip to the line.

Kuznetsova’s service woes continued in the opening game of the second set, adding another double fault to her total match tally of 5, on the way to being broken early again. The second set went much faster, with Svitolina finishing off the win with a smooth backhand down-the-line winner. “Just tried to keep the ball out of the middle, try to work with the ball, try to get the angles and don't rush,” said Svitolina afterward of her match strategy. “For me it was important to stay patient and try to find the angles.”

Simona Halep retired down 4-5 in the first set against wildcard Elena Rybakina with a lower back issue. She said the issue surfaced at “4-All, Love-30, with the backhand. I had a sharp pain,” adding: “I started to play well this tournament, but I'm disappointed it happened again with the back.” Rybakina next faces No. 9 Aryna Sabalenka who pulled double duty in first defeating No. 6 seed Kiki Bertens in singles, then returning to win in doubles with partner Elise Mertens.

World No. 1 Ashleigh Barty kept her hold on the top ranking by avenging a recent loss in Canada to American Sofia Kenin, winning a 6-3, 7-5 decision. “I served much, much better today than I did in Toronto. In particular, I was able to get on top of a lot of points,” said Barty after the match. “In the end, really happy with how I was a bit more aggressive towards the end of the second set and closed it out in straight.” 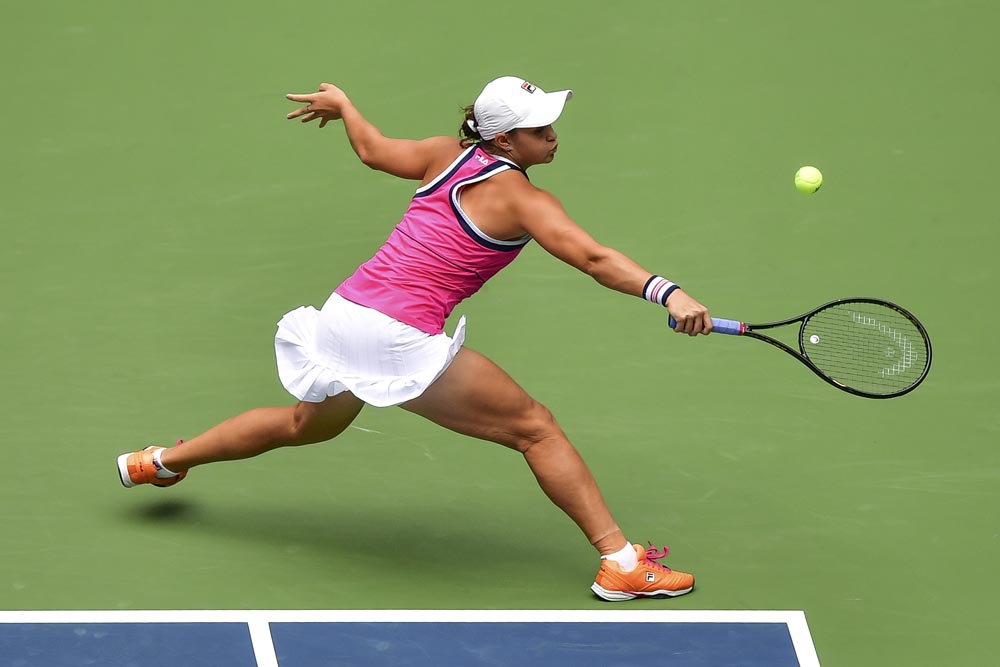 In the final match of the night session, two-time Wuhan Open champion Petra Kvitova took on 2017 US Open winner Sloane Stephens. The contest played out as expected with both players slugging away from the baseline. At 1-1 in the first set, Kvitova summoned two scorching winners to break. Unassailable on her own serve, the early break allowed the Czech to open her shoulders and swing even more freely on her returns breaking the American for a second time to take the first set.

History repeated itself in the second as Kvitova had three more break opportunities with Stephens serving at 1-2. The American did well fending off the first two, having to half volley Kvitova’s deep service returns but gave up the break with a backhand wide. With Kvitova serving for the match at 5-3, Stephens got her best look at a break with Kvitova going down 0-30, but an ace and a forehand winner by the powerful Czech averted any actual break points, allowing her to serve out the match and with it a place in the quarterfinals where she’ll meet Ukraine’s Dayana Yastremska who scored the upset of the day against No. 2 Karolina Pliskova.