Ukrainian Yastremska notched-up her first win over a top-ten player when she dispatched No.2 seed Karolina Pliskova in straight sets 6-1 6-4.  Making her debut at the Wuhan Open the teenager learnt from her last meeting with Pliskova earlier this year in Madrid when she lost 7-5 6-7(5) 3-6, commenting on how that experience helped in Wuhan:

“It helps me because I could see that I could play that level. I mean, I was really close. I had a match point. But I was sick that match, I played with a temperature. I think that's the difference between the match in Madrid and here. Here, I could really have a lot more power in important moments where I really had to give it all.” 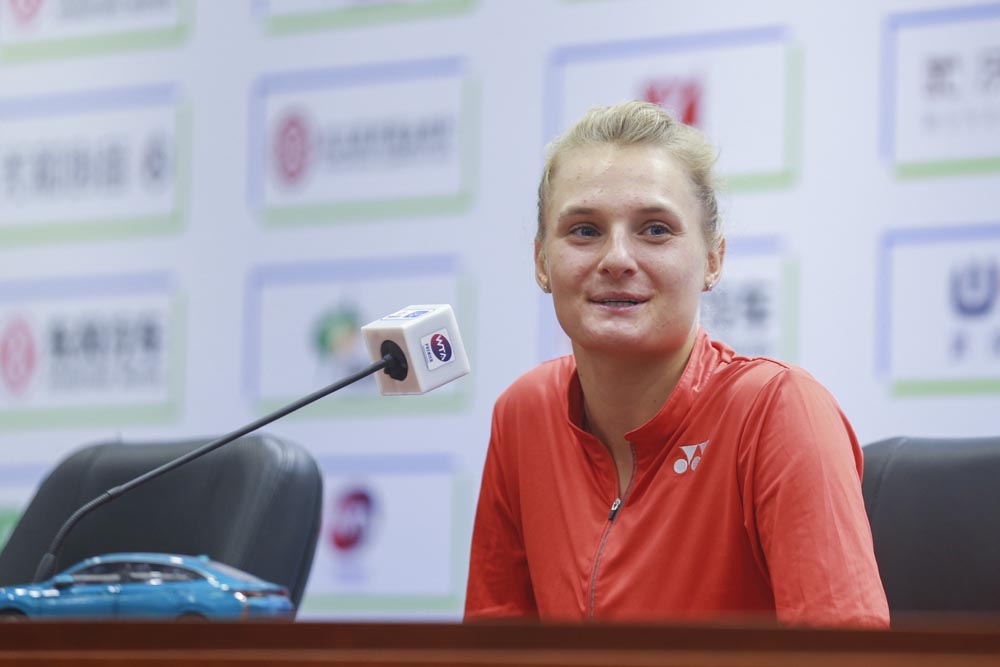 Commenting on her climb up the rankings this year, from 110 at the beginning of the year to 27 this week, as well as the success of fellow youngsters Bianca Andreescu and Coco Gauff the teenager issued a warning to the older generation:

“I'm really happy that now the young generation is coming up. It's really time for us. Every one of them is really good. They're different. It's nice to see how we are improving and getting closer to the top.”

The next task for Yastremska will be taking on two-time Wuhan Open champion Petra Kvitova who overcame Sloane Stephens today in straight sets 6-3 6-3. Despite a 0-2 head to head against the American, Kvitova was able to put memories of the two defeats in 2017 behind her and play to her strengths:

“My serve helped me a lot today, she moved very well but I just played very aggressive and that was the key of it."

The Wuhan favourite also claimed to be ready to hold off the surge of the youngsters in her match-up with Yastremksa:

“I’m going to try not to give it to young ones yet, we are still here but she’s a talented player, she’s pretty pumped, she’s in good form beating Karolina tonight.  It’s a good one for her and I need to be prepared for tomorrow.”

Twenty-year-old Elena Rybakina claimed her quarterfinal spot when No.4 seed Simona Halep was forced to retire at 4-5 with a low back injury.  Rybakina, who entered the event thanks to a main draw wildcard was holding her own against the Wimbledon champion in the first set despite some early nerves:

“I started a little bit nervous, but of course she played good.  Of course I didn’t want to win the match like this and the worst thing that can happen with an athlete is injuries.  I played good the last few games but today I didn’t serve that great, most of the time I was serving like more a second serve.  I wish Simona a speedy recovery and I’m just happy to be in the quarters.” 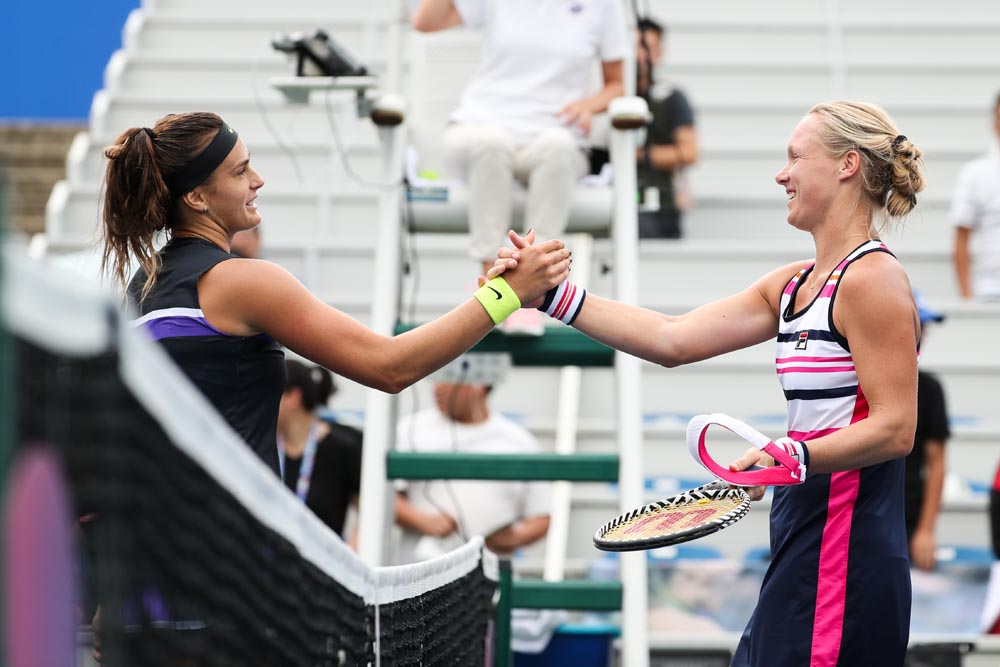 Rybakina’s opponent in the quarterfinal will be Wuhan Open defending champion Aryna Sabalenka who was in impressive form against Kiki Bertens up to 61 51 but managed to hold on to edge victory 61 76(9), following the match she explained:

“I just start thinking too much again. Match point, where I have to go, there or there. This kind of thinking get me little bit tight.  She also started play really well, serving really great. She put a little bit of pressure on my serve. I mean, I just really happy that even (though) she came back in the match, it was 5-All, I still was able to fight.”

Sabalenka, at only 21-years-old, knows that Rybakina will be relishing the opportunity to make a breakthrough having been in the same position herself in Wuhan last year:

“She's a great player. Kind of next generation, but I think it's my generation. I think she has same feeling like me, nothing to lose, one year before. She's going to bring her best game.”

Top seed Barty, at only 23 one of the established stars in the draw, was able to adapt her game today against Sofia Kenin to avoid a repeat of their last match up in Toronto which went the Americans' way:

“I think, yeah, I served much, much better today than I did in Toronto. In particular, I was able to get on top of a lot of points. I still had a period in the second set where I let her see far too many second serves, she was able to take advantage of that.

In the end, really happy with how I was a bit more aggressive towards the end of the second set and closed it out in straight.”

Despite having youth on her side the Australian knows that her older opponent, 28 year-old Petra Martic, will bring her own challenge in the quarterfinals:

“She’s a very experienced player, knows how to win matches. That's a challenge in itself.”

Alison Riske claimed another of the quarterfinal spots breaking Chinese hearts in the process of defeating home favourite Wang Qiang 62 61.  The American will now face No.3 seed Elina Svitolina who was in impressive form against qualifier Svetlana Kuznetsova, taking a straight-sets win 64 62.  Despite being ranked 32 places higher than Riske, the Ukrainian is prepared for a tough match:

“Riske, she's a little bit different player. She takes the ball very early, she’s playing very aggressive, tries to take the court, to try to be very, very aggressive from the baseline. I have to be ready for that.

Barty and Martic will open the action on center court tomorrow at 2.30pm.