Top seed Barty outlasted Petra Martic 7-6(6) 3-6 6-3 in a three set epic encounter lasting 2 hours 22 minutes.  In only their second meeting the pair both used a great deal of variety throughout the match but it was the Australian who prevailed.  Following the match Barty commented on the quality of tennis:

“I think that was a very, very high-quality match. I think that was probably one of the better matches that I've played in recent times.  I think it could have gone either way. I was happy how I was able to fight in the end, put a lot of pressure on her in a lot of those service games in the third. 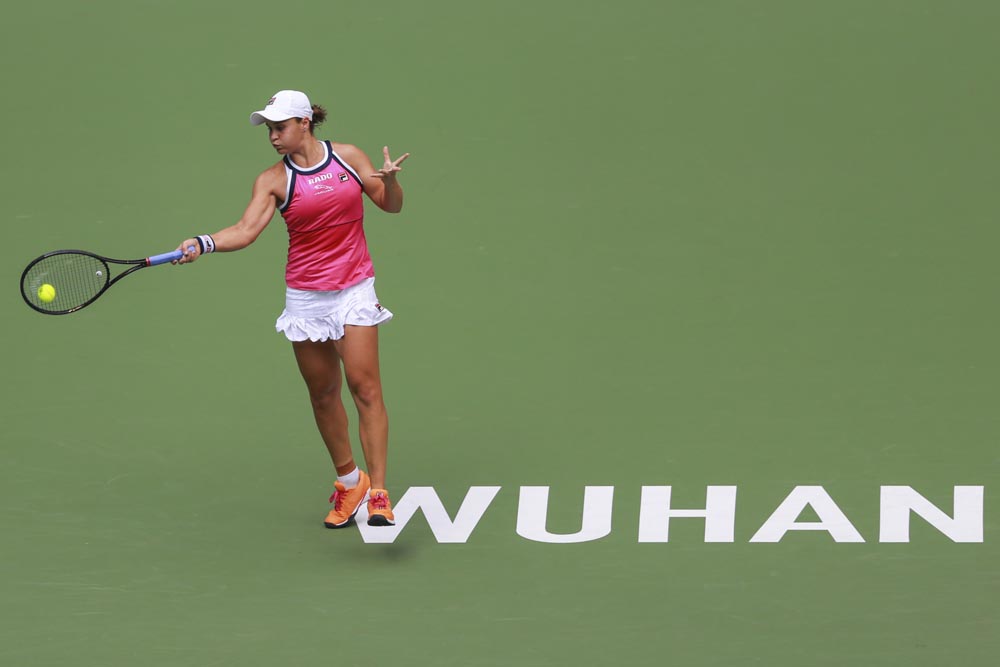 I knew the quality that was coming off of Petra's racquet. It was an incredible match. I think this is why we play the sport. We love the competition.  I think two players, when the level is like that, I mean, it kind of is disappointing that there has to be a winner and there has to be a loser. I think both of us deserved to win that match and we both played exceptional tennis at times.”

Barty will now face defending Wuhan Open champion Aryna Sabalenka who overcame wildcard Elena Rybakina in a rollercoaster of a match 6-3 1-6 6-1.  Explaining the dip in the second set the Belarussian said:

“Second set was definitely not the great playing from me. In the third set, I was like, Okay, I just need to go for it. It's going to be tough, but I have to finish this match with the win. It was really important for me.

The win extends Sabalenka’s unbeaten run in Wuhan to nine matches but she is aware of the task facing her in her next match against world No.1 Barty:

“Well, she's a great player. She's No. 1 right now. It's going to be interesting to play against her. For sure it's going to be tough match, but I'm looking forward for it."

Two-time Wuhan Open Champion Petra Kvitova imposed her experience 6-2 6-4 on teenager Dayana Yastremska to progress once again to the semifinal stage in Wuhan.  The fifth seed credited the youngster’s aggressive game but was too strong in the end:

“I think she is definitely trying to play very aggressive, which as we see is really paying off. She's a good mover, as well. She has a lot of energy anyway. I tried to put the pressure on her at the first play on the court, which I think was probably the key of it.  Definitely she's young. She needs some experiences. But very talented.” 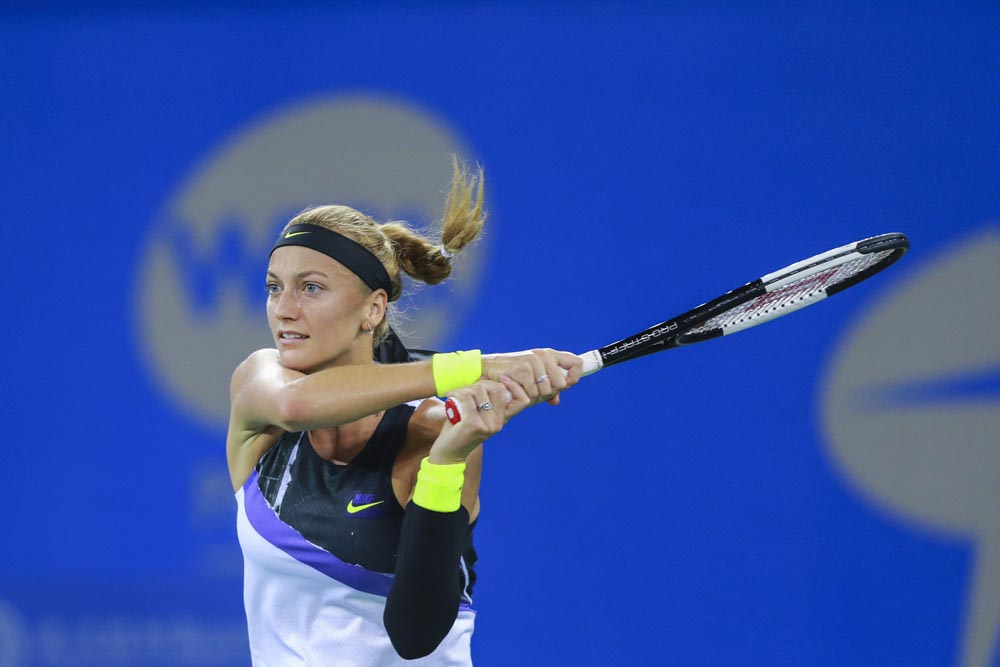 “I always find a good connection between me and Wuhan every time, even I didn't make semifinals before. Yeah, I mean, I'm glad that I won the three matches. Definitely it was a good game today, as well. Pretty solid one. I'm just glad for that.”

Alison Riske caused the upset of the day putting out third seed Elina Svitolina 6-1 6-3 to reach her first Wuhan Open semifinal.  The American is enjoying the best season of her career and credited her run to the quarterfinals at Wimbledon this year with boosting her performances:

“Obviously Wimbledon gave me a lot of confidence. Translating it to a hard court is a different situation. I feel like I just had an inner belief after that. It's kind of just helped me to move forward.

I'm super excited with the way I'm competing. I just feel like I'm seeing things the way that I wish I had seen them when I was 18 years old fresh on tour. I think maturity plays a part in it.  Again, I'm just really happy that I found it now, if not having ever found it. I can only be excited about that.”

There are similarities between the two semifinalists, both are aged 29 and have one win apiece in their head to head, but both matches came back in 2013 so Riske knows that Kvitova will provide a fresh challenge and will need to adapt her game accordingly:

“Yeah, it's going to be a challenge obviously again. Playing a lefty, you kind of have to make a few alterations when you're out there, be prepared for that.

Yeah, I feel like I'm playing really well. I'm ready to go. I'm really excited to have another match here.”

Aryna Sabalenka completed a stellar day by reaching the doubles semifinal with partner Elise Mertens and will now face Anne-Lena Groenefeld and Demi Schurs.  Mertens and Schurs teamed up to take the title in 2018 and now find themselves on opposite sides of the net.  The second semifinal will have home representation when China’s Zhaoxuan Yang and partner Makoto Ninomiya take on China’s  Yingying Duan and partner Veronika Kudermetova.