Aryna Sabalenka was crowned Dongfeng Motor Wuhan Open Champion on Saturday, becoming the first player to defend the title since the inception of the event in 2014 with a 6-3 3-6 6-1 win over American Alison Riske. 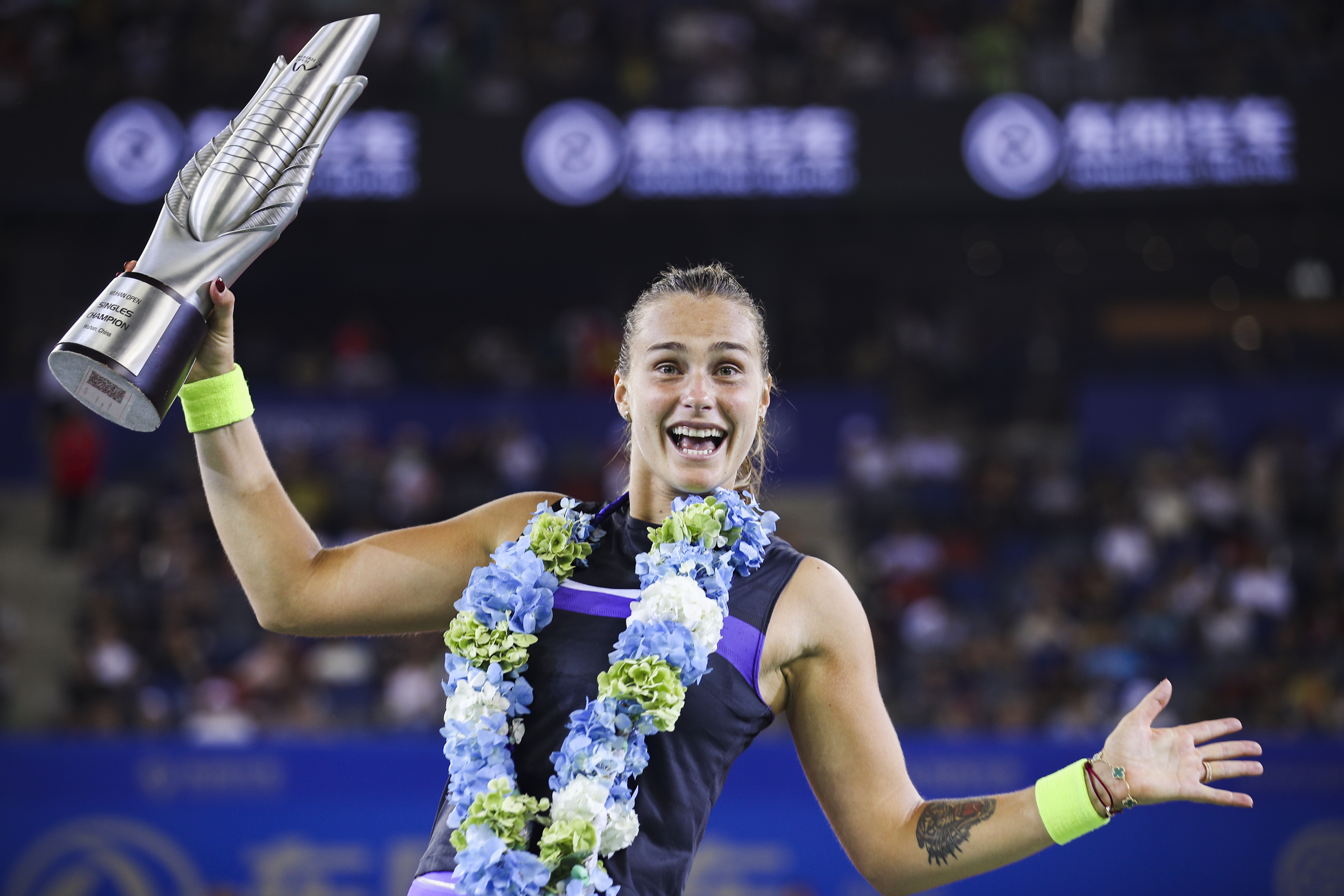 Belarussian Sabalenka becomes the first back-to-back winner in Wuhan and only the fourth woman in 2019 to defend a WTA title, after Julia Georges (Auckland), Alison Van Uytvanck (Budapest) and Garbine Muguruza (Monterrey).

The 21-year-old has now won 29 of her 35 matches in China and remains unbeaten in Wuhan having won the title on her debut in 2018.  The now two-time Champion takes away a winners prizemoney cheque of US$520,615 and 900 ranking points which will see her remain at No.14 in the world rankings after defending the points won in 2018. 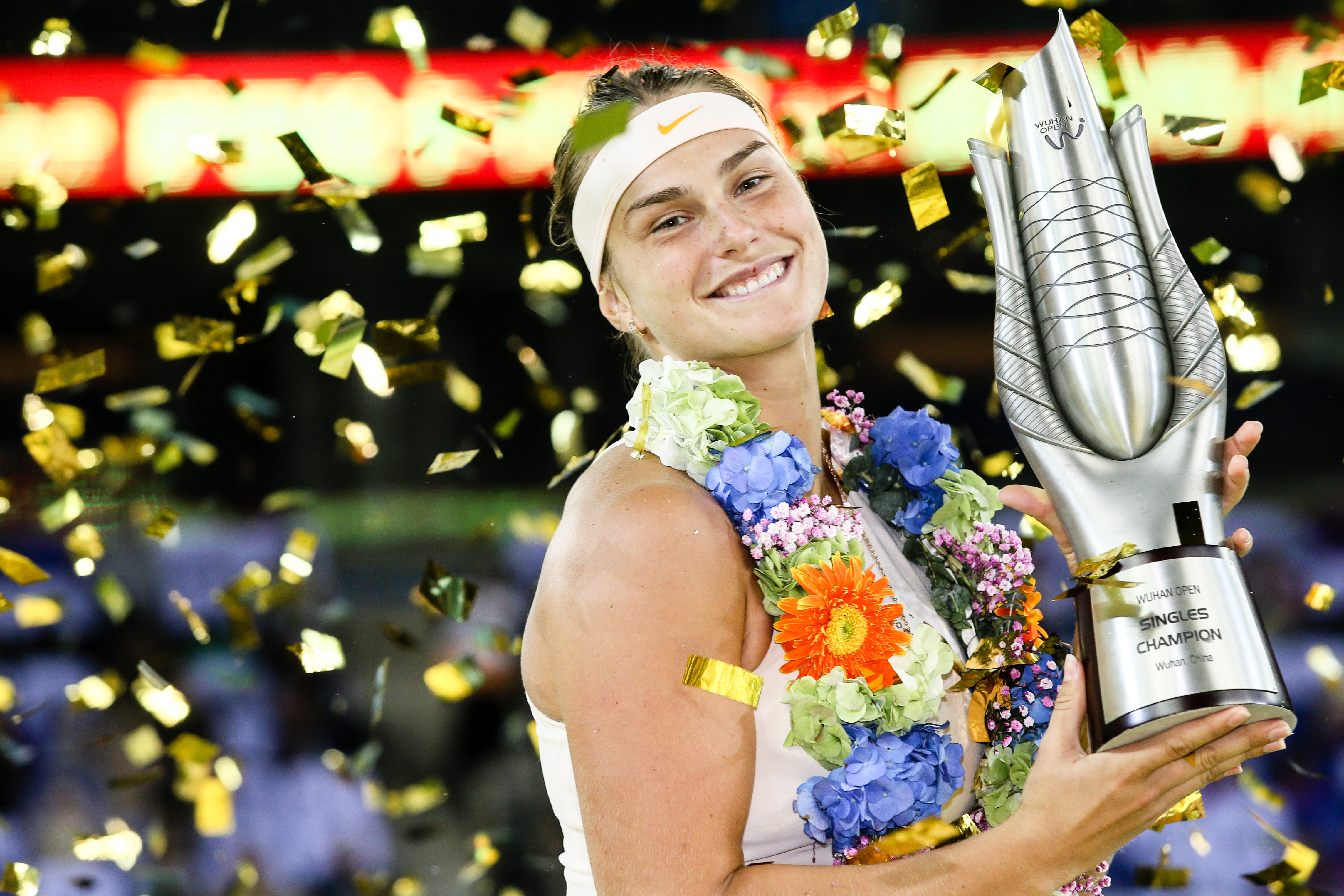 In front of an almost capacity crowd of over 13,000 at the Optics Valley International Tennis Center Sabalenka imposed her game early on Riske to take the first set 6-3.  Riske found her range to take the second set 6-3 to level the match at one set apiece.  In the third set, Sabalenka regrouped, took at early break to lead 2-0 and used her power game to run away with the set 6-1 to take the match in 1h 54.

On the match:
“She played really well. She's a great player, big fighter. I knew it's going to be a tough match.  Third set I came out, This is a final, try to do everything you can. Just one match to go, just do your best.  I was just focusing on my game, focusing on each point. It's help me to come back in this match.”

On defending the title in Wuhan:
“I mean, I can't believe that I defend this title. I couldn't even imagine that I will be able to do this.  Well, right now I'm just happy. I don't know. I can't believe it's happened.”

“This means a lot. This year been really tough for everyone. I was really afraid that I will be not able to defend this title. I was already saving my points on the beginning of this year. This was my problem. That's why I couldn't work well, couldn't play well, couldn't fight actually.”

On what makes Wuhan special:
“I think crowd actually. They really help me here a lot. They support me like nobody else. Every time I'm stepping on the court, on the same court, I feel this support. It's amazing. I just start playing really well.”

“She played a really solid first set. I knew going into the second, I was going to have to push back somehow. I wasn't very forgiving of myself in the third. It kind of worked on my head a little bit. I really lost it. It was really tough.

I'm really disappointed in my mentality in the third set. I think I could have brought more out of myself. Still moving forward, I think that's something I have to work on.

But obviously credit to Aryna. She's playing amazing tennis for me and made it very difficult for me.

I honestly think it was all mental today, to be honest, because points were short. It wasn't a lot of physicality out there. I think mentally it was a lot.

Credit to her. She just played -- she was better today.” 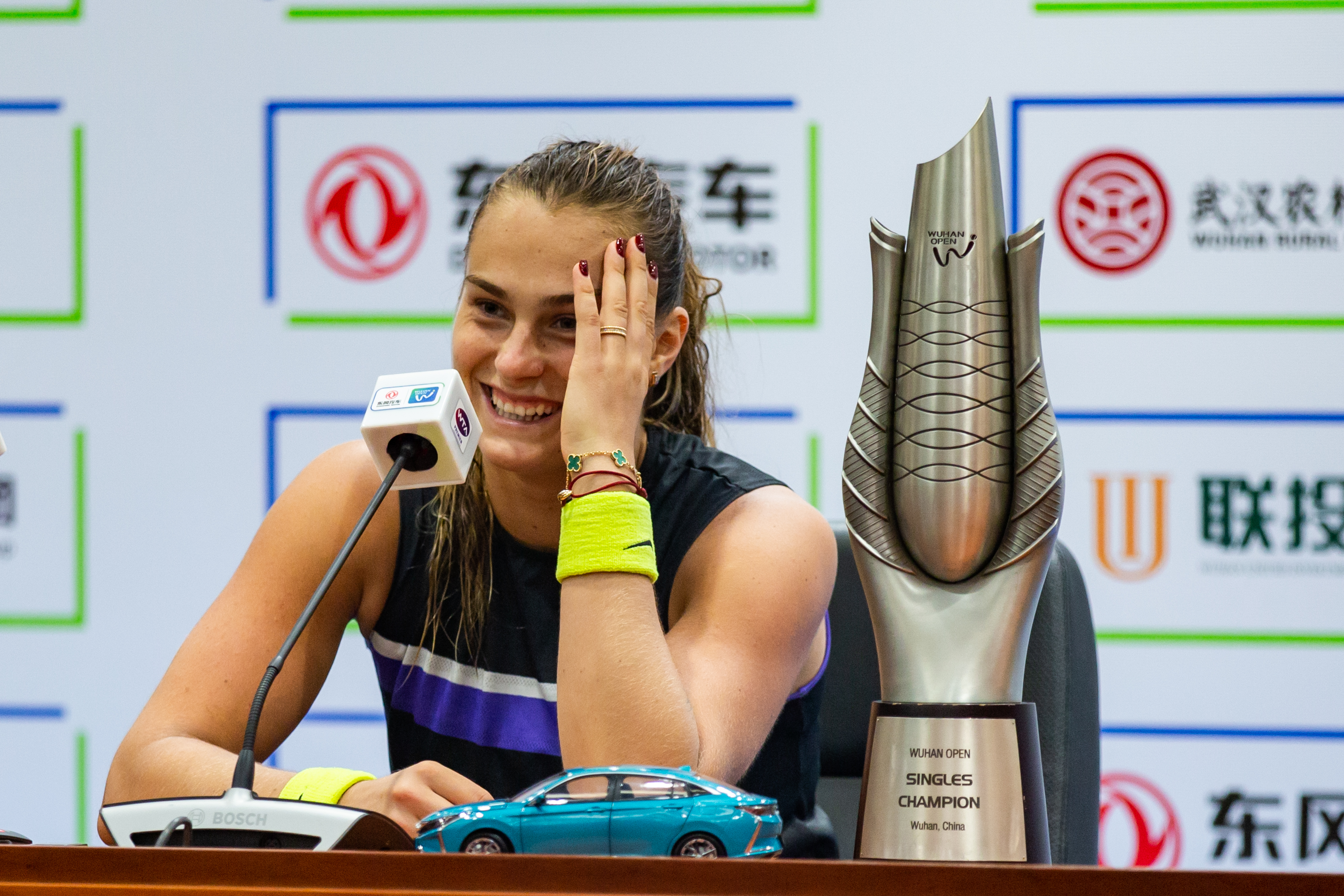 On the week in Wuhan:

I think all in all, it was obviously an amazing week for me. It was a huge week in many regards. I'm super proud of the week I had.

I have a little bit of a bittersweet taste after the third set there today just because I know mentally I could have done a better job. I think that's going to come with putting myself in this position more often and playing.

I played the top players in the world the last few days. I think the more I can put myself in those positions, have that success, I think the more I'll expect out of myself, too, in those moments, know that I can come out on the other end.”

Route to the Wuhan Open title:

Wuhan Open Doubles Final
Ying-Ying Duan gave home fans something to cheer when she took the Wuhan Open doubles title with Veronika Kudermetova 76(3) 62 over US Open doubles champions Aryna Sabalenka and Elise Mertens. The doubles final proved a step too far for singles champion Aryna Sabalenka who fought hard in the first set to take it to a tie-break but ran out of steam in the second.